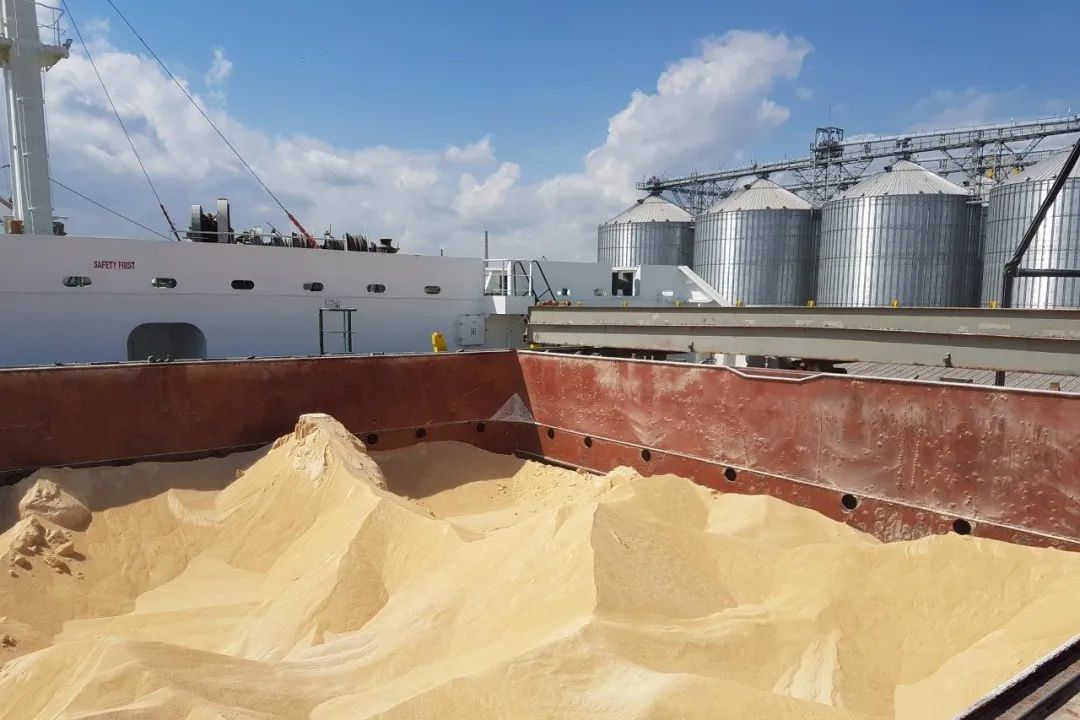 Soybeans in their original form are not listed under the IMSBC Code. Shipment in bulk is subject to the IMO International Convention for the Safe Carriage of Grain in Bulk (the "Grain Code"). Compared to other grain cargoes, soybeans are a perishable commodity and not meant to be stored for an extended duration.

The main cause for damage to a soybean cargo is its inherent sensitivity to high moisture contents, and high temperature at load port makes the cargo even more likely to suffer damage. Warm soybeans can release moisture, leading to a warm and humid atmosphere within the cargo bulk which consequently can allow mould to grow resulting in self-heating and cargo damage during a lengthy sea voyage. 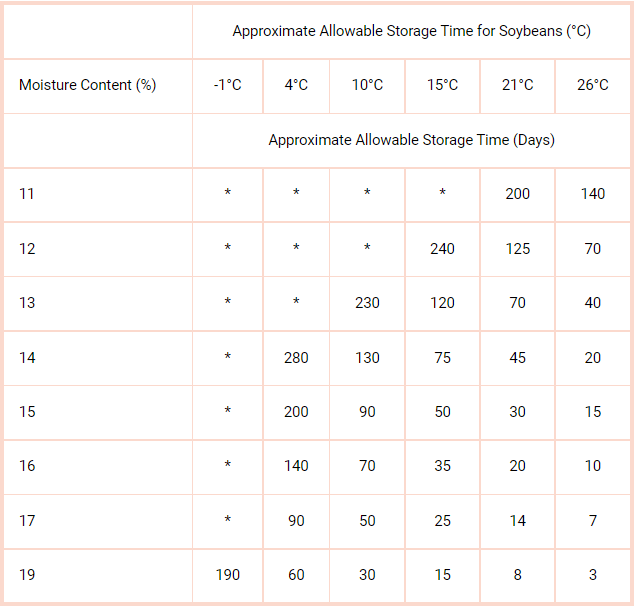 China, the leading soybean importer, naturally produces the largest number and most costly soybean claims against shipowners. It is also well known that, notwithstanding Chinese law providing an exemption of carrier's liability for loss or damage caused by "natural characteristics or inherent defect of the goods" (Article 51 (9) of the 1992 Maritime Code), it is extremely difficult for shipowners to invoke that exemption in litigation.

So, what can owners do?

Based on recent case law, shipping lawyers Wang Jing & Co. have shared some useful tips which have been complimented by comments from Skuld's Loss Prevention department:

The effect of ventilation on bulk cargo is limited to surface ventilation, with air flowing over the surface of the cargo from ventilators. Through ventilation is not required and is not possible to achieve on ships. Even when mechanically ventilated, air will only pass around the periphery of the stowage. Ventilation can therefore not prevent or reduce cargo damage caused by self-heating below the surface within the bulk of the cargo. It is certainly true that ventilation can, in some circumstances, assist to lessen the formation of condensation (ships' sweat). However, in more extreme conditions of much cooler steelwork than cargo (for example, traversing extreme latitudes, or a cargo undergoing self-heating) condensation will form much more quickly and the limited surface ventilation of bulk carriers cannot begin to prevent this from occurring.

If the soybean cargo has been fumigated upon shipment, the cargo holds must not be ventilated until the minimum fumigation period has expired, and care must be taken to ensure that subsequent ventilation does not endanger the crew. As fumigation requirements may prevent the Master from ventilating the cargo during the voyage, full and clear instructions need to be received from the charterers and shippers, bearing in mind the loading/discharging port authorities may have specific requirements. For instance, if the soybeans were loaded in a US port and fumigated there, the crew must be aware that as per the regulations of the United States Department of Agriculture (USDA), the cargo is not to be ventilated before discharge. This means that the cargo is not to be ventilated at all, unless the ship owners have written instructions from their charterers to ventilate the cargo despite the fumigation, otherwise owners open themselves up for a damage claim from Charterers for fumigation failure and insect presence.  Typically, from South American ports, fumigation of around 10 days is stipulated.

However, as the Chinese lawyers suggest, it is indeed legally important that shipowners conduct ventilation when necessary and when safe to do so - and keep records, otherwise they can be found liable under Chinese law.

It is therefore not a general advice to ventilate the soybean cargo in bulk carriage in all circumstances. The cargo should not be ventilated if the dry bulb temperature of the outside air is less than 3°C cooler than the average cargo temperature at the time of loading, or warmer. The Crew should check this at night if they can as then the temperature difference will be the greatest. If they cannot ventilate for any reason, including night-time (for example, bad weather forecast, etc.) then they should note this clearly in the ventilation record.

The "Dew point rule" does not work for the modern bulk cargo vessels in which it is not possible to safely or effectively measure an accurate dew point. Instead, the crew should rely on the temperature readings of air and the load port temperature. If the temperature of the cargo as recorded through sounding pipes is significantly higher than both the ambient sea/air temperatures and the loadport cargo temperature, this may be a sign that there is ongoing self-heating within the cargo.

2. MAKE SURE THE VENTILATION RECORDS ARE CONSISTENT

3. DOCUMENT HARD COPIES OF THE VENTILATION LOGS OR EMAIL THEM DAILY

In many cases, ventilation logs are recorded on an editable Microsoft Excel template, which is then saved as a digital document. It is updated by the Chief Officer or other duty officer daily. In some of our cases, the cargo receivers would challenge the electronic ventilation log on the grounds that an Excel template can be easily altered and therefore the electronic data are alleged to be unreliable. To avoid the data being challenged in such a way we recommend that, in addition to properly filing it in onboard, a copy of the daily ventilation logs can be converted to PDF-format and emailed from the vessel to owners and charterers at the end of each day during the voyage. Such will allow a Chinese Notary Public to later notarise the emails in China to enhance the credibility in the evidence.

4.  GET A SURVEYOR THERE

If possible, Owners (or their appointed surveyors) should monitor loading operations and take photographs of the cargo in each hold regularly. Cargo temperatures are needed anyway for the ventilation regime, and these can be very helpful to assess the cargo condition on loading and its longevity for the voyage.

If the surveyor at the loading port raises any doubt regarding the cargo's condition, owners should involve the charterers and make sure they give clear instruction (and if appropriate, an indemnity) so as to preserve owners' rights under the charterparty. Skuld should also be informed immediately so that proper steps can be considered.

At discharging port, if damage is suspected, for example if the vessel has been at sea for an extended period or stuck in port congestion, Skuld recommends owners to have an independent cargo surveyor attending on their behalf when the hatch covers are opened and throughout the duration of the cargo discharge operations. This is to witness any cargo damage caused by the extended storage time.

5. BEWARE OF DELAY IN DISCHARGING PORT

If a delay in the berthing schedule is expected, owners should inform Skuld as soon as possible. Independent specialists should be sent on board to take representative cargo samples from all cargo holds prior to, throughout, and after the discharge operations in accordance with appropriate sampling standards and where practically possible. It is often better for all interested parties to jointly instruct a specialised cargo control company who have the manpower and training in sampling techniques, preparation and security. These cargo samples can be examined at a later stage. In case the appointed cargo surveyor witnesses damaged cargo, owners should immediately contact charterers to have them instruct stevedores to segregate the cargo during discharge operations.

In case the vessel has to wait for discharge at the anchorage, owners' lawyers may be instructed to send a demand letter to the concerned parties, requesting them to take delivery of the cargo without delay and hold receivers liable for cargo damage caused by delay in discharge. This is a lesson learned from another case we handled: the vessel waited for more than three months at the anchorage, yet owners never requested the cargo receiver to take delivery of cargo. As a result, in subsequent proceedings, the cargo receiver tried to blame owners for failing to inform them to take delivery of cargo in time. In addition to the demand letter requesting delivery, owners should ask for an alternative port of discharge to have the cargo to come off their vessel as soon as possible.

Also, when delay is expected, owners should send a notice to charterers holding them liable for any damage caused to the soybeans because of the extended storage time of the cargo on board. In addition, owners should exercise pressure on charterers to nominate an alternative port of discharge where the cargo can come off sooner as any day the vessel is held up in congested port increases the risk of the cargo being damaged.

If delays are encountered, following the proper ventilation regimes exactly the same way as during the voyage is strongly advised. All too often, crews will assume that end of voyage means end of ventilation.

We would also recommend that inspections are conducted of each hold on a weekly basis, taking photographs and cargo temperatures, which should be sent to charterers to keep them informed of the cargo deterioration status, if any.

6. KEEP TRACK OF THE STATUTORY INSPECTION AND SAMPLING

Genetically modified soybeans are regulated goods and subject to compulsory inspection by Chinese Customs. Customs (or previously known as CIQ) officers will board the vessel to inspect the cargo and take samples when the vessel arrives. In this regard, the Master or a surveyor should be instructed to take photographs of the whole inspection and sampling process and put same into record.

Skuld is grateful to Mr Wang Yongli, partner of Wang Jing & Co., Qingdao Office and scientists from Brookes Bell Liverpool and Hong Kong offices for their contributions to this article.