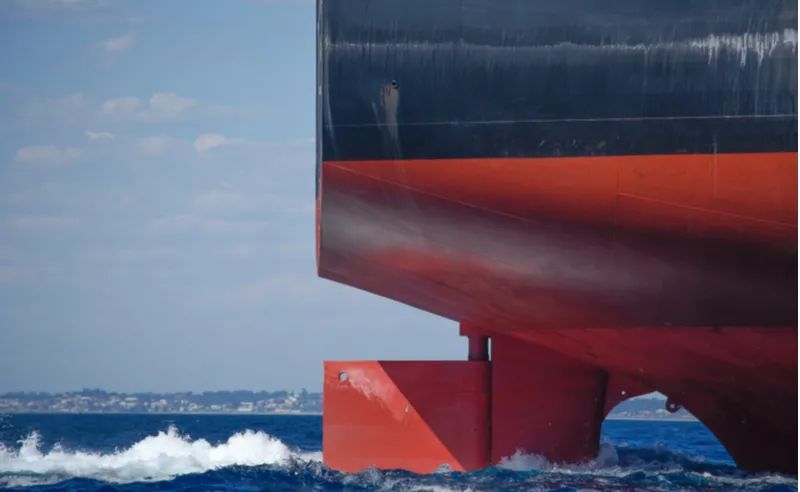 Stowaways: Rise in numbers equates to the rise of risk

The presence of stowaways on board may bring severe repercussions for vessels and to the shipping industry. Vessels could be delayed in port, the repatriation of stowaways can be very complex and expensive, and the lives of stowaways could be endangered as they potentially spend several days secreted within the vessel or its cargo, with the risk of suffocation and without any water or provisions.

When the International Ship and Port Facility Security (ISPS) Code was first implemented in 2004, the number of reported stowaway cases dropped. However, in recent years there has been a surge of incidents, except for a dip in numbers in 2020 resulting from increased control and restrictive measures in place for vessels and ports during the pandemic. The year 2021 again saw an increase in stowaway incidents, which has led to additional pressure on vessel owners where disembarkation of stowaways has become exceedingly challenging because of the pandemic.

In 2019, the International Group of P&I Clubs identified African ports as the most likely point of embarkation. The IMO conducted a similar study using submissions received from flag states that highlighted certain ports in Belgium, in particular Zeebrugge, which has been attracting potential stowaways who were economic refugees from Afghanistan and Iraq. Conclusively, though vessels may be far more vulnerable in hot spots such as African ports, the risk is never eliminated in any port world-wide.

THE FAL CONVENTION AND ISPS CODE

In January 2002, the IMO decided to amend the 1965 Convention on Facilitation of International Marine Traffic (FAL Convention) by incorporating the IMO guidelines on "Allocation of Responsibilities to Seek the Successful Resolution of Stowaway Cases", which sets out the basic principles to be applied in stowaway cases and makes the guidelines legally binding.

In 2018, the Facilitation Committee adopted the "Revised Guidelines on the Prevention of Access By Stowaways and the Allocation of Responsibilities To Seek The Successful Resolution of Stowaway Cases", making the guidelines' approach on how to prevent stowaway incidents fully aligned with the security approach of the ISPS Code. The guidelines set out clear vessel/ port preventive measures and recommended practices on the treatment and disembarkation of stowaways, essentially to aid co-operation between governments and to secure the highest practicable degree of uniformity in formalities and procedures.

Whilst legal obligations and expenses arising from the presence of stowaways on board a vessel generally falls on the vessel owners or operators in the first instance, charterers may also become liable for the additional costs of dealing with stowaways found onboard, including the costs of deviating a vessel to a special port to disembark them, and the costs of maintaining them onboard and ashore as well as repatriation costs.

Skuld recommends incorporating in the charterparty an appropriate clause such as the Stowaways Clause for Time Charterers (2009) published by BIMCO (reproduced below), which clearly apportions responsibility between the vessel owner and the charterer depending on how access was gained to the vessel.

The previous 1993 version of the clause contained an obligation by the charterer to exercise due diligence in preventing stowaway access to the vessel by means of secreting away in the cargo / goods being loaded (including containers). The revised version widens that scope by introducing the words "or by any other means related to the cargo operation" with the intention to apply a strict liability / fault regime aimed at covering scenarios where the stowaways hide, for example, in the cargo grabs or other lifting equipment, or masquerade as part of a stevedores' gang, or by any other manner connected with the cargo operations. As a result, the charterer can be held to be in breach of the charter and become strictly accountable to the owner for all losses, liabilities, damages, delays, and expenses, regardless of whether the charterer exercised due diligence in trying to prevent such access.

Relevant costs of guards and the fines imposed by immigration authorities for the presence of the stowaways—or absence, in the event of their escape—may also fall on charterers. Charterers may become responsible for victualling and maintenance costs, diversion costs and the cost of repatriation of the stowaways. Costs of damage to the vessel and any delays and expenses arising from this, such as berth shifting costs, demurrage and hire would be for the charterers account, too. They are also responsible for indemnifying owners for any security required to release the vessel.

Correspondingly, the clause specifies that where the stowaways board otherwise than by secreting away within the charterers' goods or under through cargo operations, then the owners bear these responsibilities.

Since there may be no effective way for the owners to properly check the contents of the cargo / goods loaded on the vessel—as such operations (including security) fall within the domain of the charterers—then it is considered proper that the charterers should be responsible for any costs arising from any failure of the arrangement. The owners, on the other hand, remain responsible for the security of the vessel itself.

Charterparties should ideally include clauses to deal with the impact of the ISPS Code, such as the BIMCO ISPS Clause for Time Charter Parties. Although the clause does not specifically deal with stowaways, there is the possibility of application towards stowaway incidents and apportionment of liability between owners and charterers. Hence, it is recommended that both an ISPS clause and the BIMCO stowaway clause should be incorporated into a charterparty to avoid uncertainties and arguments pertaining to the consequences of stowaways being on board.

The FAL Convention and ISPS Code should be properly complied with as a vital exercise to avert stowaways from getting on board, where access control and searches should be clearly stated within a vessel's formal security plan. Having stowaways on board may be considered as evidence of a breach in the vessel's security arrangements and may be considered by port authorities as "clear grounds" that the vessel is not in compliance with the ISPS Code, thus reaping undesired consequences.

HOW CAN SKULD HELP?

As described above, charterers may find themselves involved in a stowaway situation, and depending of the wording of the C/P, they may face liability towards the owner. Skuld's Charterer's P&I cover will respond to the charterer's liability to pay for example additional port and other costs reasonably and necessarily incurred for landing and repatriation of the stowaway.

Should you have any comments or questions, then please do not hesitate to contact us at any time. On behalf of your Skuld team of underwriters and claims handlers who serve our charterers and traders 24/7/365.

(a) If stowaways have gained access to the Vessel by means of secreting away in the goods and/or containers or by any other means related to the cargo operation, this shall amount to breach of charter. The Charterers shall be liable for the consequences of such breach and hold the Owners harmless and keep them indemnified against all claims; costs (including but not limited to victualling costs for stowaways whilst on board and repatriation); losses; and fines or penalties, which may arise and be made against them. The Charterers shall, if required, place the Owners in funds to put up bail or other security. The Vessel shall remain on hire for any time lost as a result of such breach.

(b) Save for those stowaways referred to in sub-clause (a), if stowaways have gained access to the Vessel, all expenses, including fines or penalties, shall be for the Owners' account and the Vessel shall be off hire for any time lost.