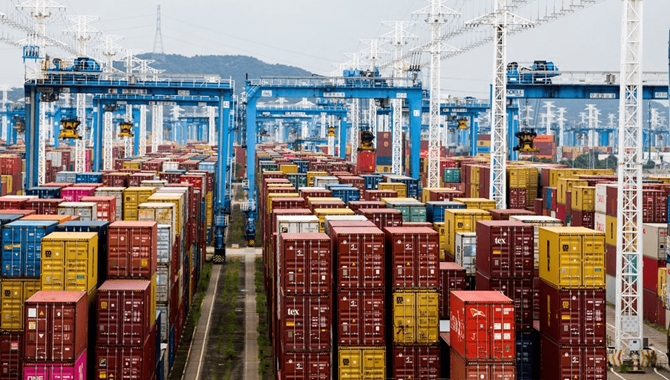 Singapore is now facing the possibility of being overtaken by China’s Ningbo-Zhoushan port as the world’s second busiest container port, 12 years after losing its crown as the world’s busiest box port to Shanghai.
Alphaliner’s latest report released last Wednesday stated that Ningbo-Zhoushan handled 17.54 million TEU in the first half of 2022, just 1.08 million TEU less than Singapore, as the three-month lockdown of Shanghai caused substantial diversion of transpacific cargoes to Ningbo-Zhoushan.
“Indeed Ningbo-Zhoushan even overtook Singapore in Q2 though figures were undoubtedly boosted by the extraordinary Shanghai lockdowns in April and May. Ningbo-Zhoushan has benefited from restrictions at its lockdown-hit neighbour Shanghai, with many carriers diverting ships to avoid delays and trucking issues,” the report stated.
Ningbo-Zhoushan continued to grow in July, at 3.28 million TEU, up 26% from the year before, even as volumes bounced back at Shanghai. Overall, Shanghai posted a decline of 1.8% over H1 2022 to 22.54 million TEU, while Ningbo-Zhoushan logged growth of nearly 9%.
China’s eight ports represented 53% of total throughput for the leading 20 ports in the period, a figure that is likely to grow further as the country funnels traffic towards a smaller number of hub ports.
As of July, Ningbo-Zhoushan had 301 container services calling, while July marked the fourth consecutive month its throughput exceeded 3 million TEU.
Collectively, liftings for Maersk, CMA CGM, COSCO, ONE, ZIM and HMM dropped to 50.9 million TEU in H1 2022, a decline of 5.5% versus the same period in 2021, and diverging from the 1% increase in port throughput.
“Higher transshipment activity may be partially distorting growth figures since cargoes re-routed due to port congestion eventually create extra load and discharge moves that are not indicative of actual volume growth on a specific trade lane,” Alphaliner explained.