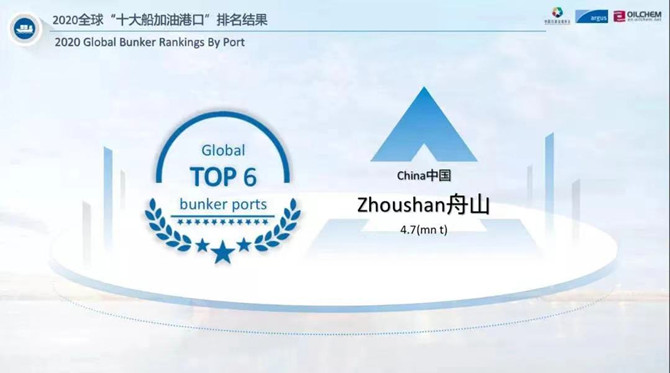 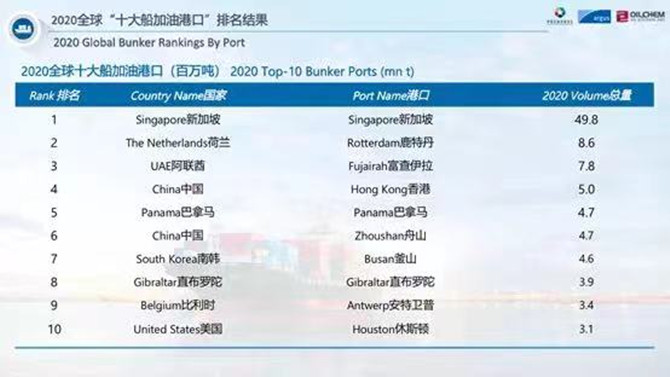 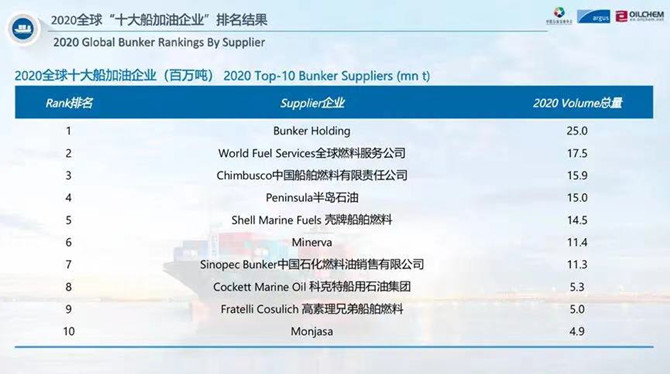 Among them, since China's Zhoushan Port was awarded the contract to build a Northeast Asia ship bunkering center, fuel sales have increased strongly, bringing surprises to the world one after another. In 2020, the bunkering volume reached 4.7 million tons, rapidly ranking sixth in the world, up two places compared with 2019.

According to the data released by Zhoushan, Zhoushan Port will reach 10 million tons in 2025. The ranking of Zhoushan Port in the future is worthy of attention and expectation!