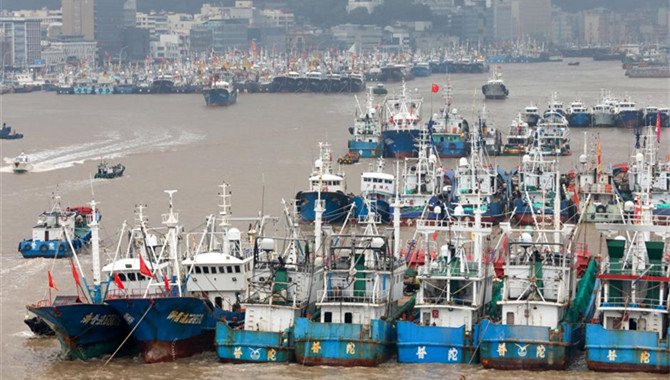 Zhejiang province has upgraded its typhoon emergency response to Level I, the highest level, from 10 am on Tuesday, as Muifa, the 12th typhoon this year, moves closer to the northern coast of the province, according to the local maritime safety administration.
According to the National Meteorological Center, with gales of 150 kilometers per hour, Muifa will move from the north to the northwest at a speed of 10 to 15 km/h and will gradually approach the coast from Wenling to Zhoushan in Zhejiang.

It is forecast to make landfall in the above-mentioned coastal areas from Wednesday afternoon to Wednesday night and will continue to move northward.