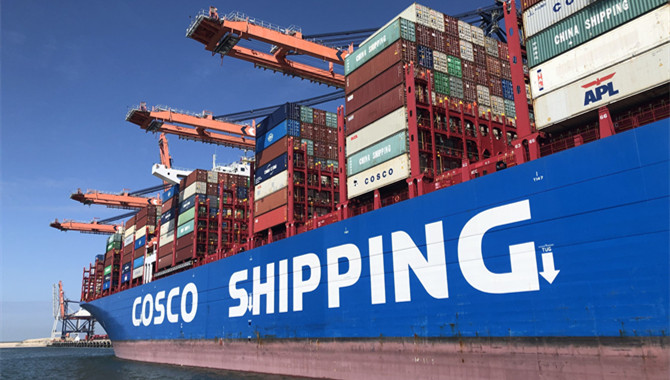 Europe's third largest port will soon have a new Chinese shareholder! COSCO Shipping Ports, a subsidiary of COSCO Shipping Group, will take a stake in the container terminal of Hamburg, Germany's largest port, in what is expected to be the first non-German operator to acquire a major container gateway terminal in Germany.

On June 4, COSCO Shipping Ports announced in a statement that it is in talks with Hamburger Hafen und Logistik AG (HHLA) regarding a potential transaction to acquire a minority stake in HHLA Container Terminal Tollerort GmbH (CTT), a wholly-owned subsidiary of HHLA. CTT's main business is the operation of Tollerort container terminal in Hamburg, Germany.

HHLA confirmed the talks with COSCO Shipping Ports. HHLA said it hopes the negotiations will strengthen the relationship with its Chinese partners and provide sustainable planning guarantees for Tollerort container terminal to ensure the cargo volume and employment in Hamburg's port.

Tollerort container terminal serves 18 routes, most of which are regional routes to Europe, as well as Ocean Alliance's Asia-Northern Europe NEU3 (CMA CGM FAL7 and COSCO Shipping AEU7), which has 10 vessels. The capacity is between 13000-19,000 TEU.