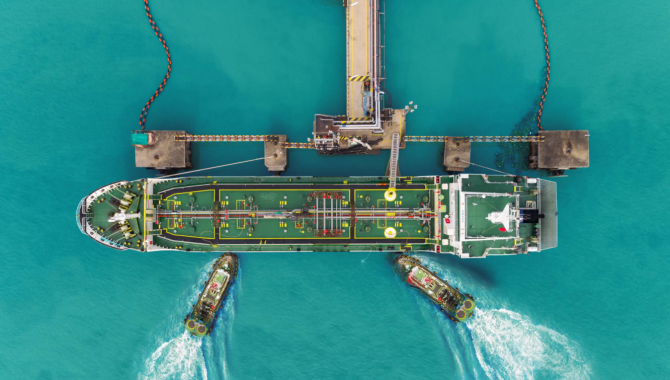 Sales of marine fuel from the Chinese port of Zhoushan, the country's top supplier of shipping fuel, in the first nine months of 2020 rose nearly 18% from a year earlier, a local government official said on Wednesday.
Zhoushan supplied 3.26 million tonnes of bonded marine fuel from January to September, the official said, declining to be identified since he is not a spokesman.
China aims to build Zhoushan, an archipelago city in east China's Zhejiang province, into a regional ship fuel hub to rival Singapore as the world's largest shipping, or bunker, fuel center.
But marine fuel demand took a hit during the first half of 2020 because of the coronavirus pandemic, recovering in the third quarter in part because of the more competitive prices offered at Zhoushan, the official said.
Zhoushan's supplies, of mostly very-low sulfur fuel oil (VLSFO) that meet the International Maritime Organization's emission standards, were at parity to competing supplies in Singapore and $15-20 per tonne below South Korea, the official added.
Chinese refineries began in January supplying VLSFO, with sulfur content capped at 0.5%, to the bonded marine fuel market along the country's coast, after Beijing offered tax incentives to boost local production.
VSLFO exports in August rose to 1.62 million tonnes, the highest this year, Chinese customs data showed last month.
According to Chinese commodities consultancy JLC, Chinese oil refineries produced over 5 million tonnes of VLSFO between January and August, with the annual volume likely to hit 9 million tonnes.
Source:Marine Link