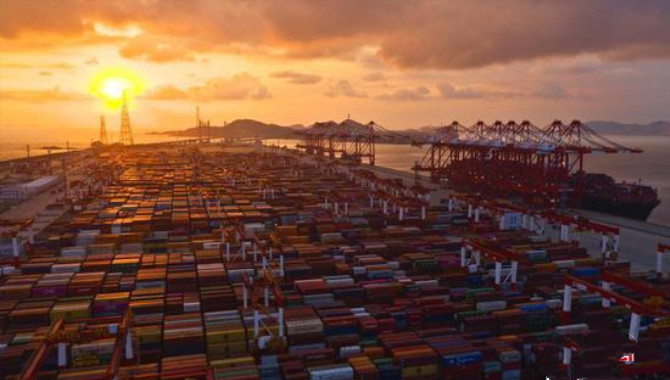 Chinese authorities on Wednesday released a guideline to accelerate the building of world-class ports, outlining major tasks and a timetable for the sector's development.
By 2025, China aims to achieve breakthroughs in green, smart and safe development of major ports, with enhanced scale at regional and other ports, according to the guideline released by nine government agencies including the Ministry of Transport and the National Development and Reform Commission.
By 2035, major ports should advance to world-class levels and by 2050, several world-class port clusters should be formed, with leading development levels.
The guideline listed 19 major tasks, including boosting service capacities, promoting low-carbon energy consumption, speeding up intelligent logistics and optimizing the business environment.
To ensure implementation,the guideline urged local governments to include port development in regional economic and social planning and strengthen policy support for port projects.
Official data showed cargo throughput at China's ports reached 10.3 billion tons in the first three quarters, up 5.2 percent year-on-year.
Source:chinadaily