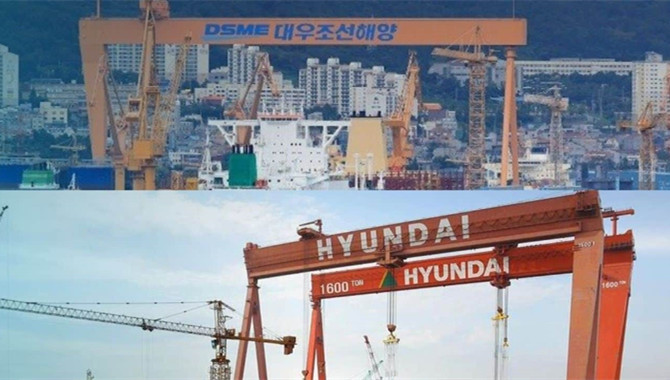 The European Commission has prohibited, under the EU Merger Regulation, the acquisition of Daewoo Shipbuilding & Marine Engineering CO., Ltd (DSME) by Hyundai Heavy Industries Holdings (HHIH). The merger between the two South Korean shipbuilders would have created a dominant position by the new merged company and reduced competition in the worldwide market for the construction of large liquefied gas (‘LNG') carriers (‘LLNGCs'). The parties did not formally offer remedies to address the Commission's concerns.

Executive Vice-President Margrethe Vestager, in charge of competition policy, said: “Large LNG vessels are an essential element in the supply chain of liquefied natural gas (LNG) and enable the transport of this source of energy around the globe. LNG contributes to the diversification of Europe's source of energy and therefore improves energy security. The merger between HHIH and DSME would have led to a dominant position in the global market for the construction of large LNG vessels, for which there is significant demand from European carriers. Given that no remedies were submitted, the merger would have led to fewer suppliers and higher prices for large vessels transporting LNG. This is why we prohibited the merger.”

Today's decision follows an in-depth investigation by the Commission of the proposed transaction, which would have combined DSME and HHIH, two worldwide leading shipbuilders. Both companies are global leaders in the construction of large LNG carriers, and two of the three largest players in this very concentrated market.

Large LNG carriers are an essential element in the supply chain of LNG. They are highly sophisticated vessels that can carry large quantities of LNG (145 000m3 and above) at a temperature of minus 162 degrees Celsius. Over the past five years, the worldwide market for the construction of large LNG carriers represented up to €40 billion, with European customers accounting for almost 50% of all orders.

During the investigation, the Commission received feedback from a large number of customers, competitors and other third parties. These companies were concerned that the transaction would create a company with a dominant position in the worldwide market for the construction large LNG carriers, reduce competition and increase prices for these vessels.

While, when opening the in-depth investigation, the Commission raised concerns with respect to the markets for the construction of oil tankers, liquefied petroleum gas (‘LPG') carriers, containerships and LNG carriers (large and small), today's decision only relates to the market for large LNG carriers.

The Commission found that the transaction, as notified, would have resulted in (i) the creation of a dominant position by the merged company in the market for the construction of large LNG carriers, (ii) a reduced choice in suppliers and (iii) higher prices for EU customers and ultimately for energy consumers.

The Commission's decision is based on the following considerations:

· Very few alternatives for customers. Besides the parties, there is only one other large competitor in the market. However, this competitor's capacity would not have been sufficient to act as a credible constraint on the new company resulting from the merger. A fourth independent shipbuilder has limited activities in the large LNG carriers market and focuses on domestic projects. The remaining shipbuilders would not be able to constrain price increases as demonstrated by the fact that they did not contract any large LNG carrier in recent years.

· Limited capacity in the market. The Commission conducted a detailed demand and supply analysis, which shows that the combined entity would have held a pivotal position in the market, as the capacity of the remaining competitors would not have covered the projected market demand.

· Very high barriers to entry and no buyer power. Large LNG carriers are highly sophisticated and differentiated vessels that are extremely complex to build. Entering the market and successfully operating in it is very difficult. Several exits were observed in recent years and no significant new entry is expected. In addition, the large LNG carriers customer base is generally fragmented, with typically small orders. Customers have a very limited choice of shipbuilders as possible suppliers.