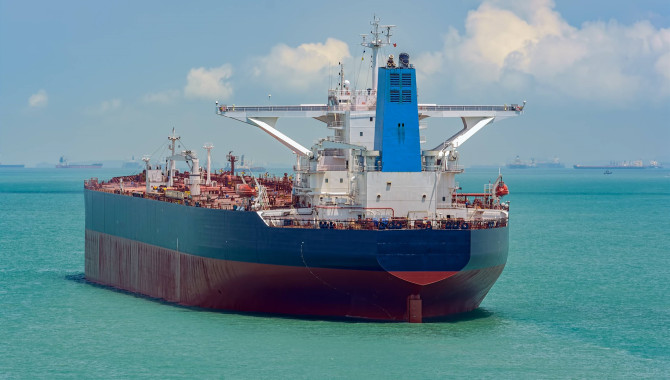 Malaysia has prohibited the use of open-loop scrubbers by ships plying Malaysian waters, as Southeast Asia's third-largest economy joins the growing number of nations adopting new industry guidelines on reducing sea pollution.
New regulations from the International Maritime Organisation (IMO) will require shippers to adopt more environmentally-friendly measures to manage their fleets, including reducing the sulphur content in fuels used in their vessels from Jan. 1 2020.
In a notice issued to the shipping industry, Malaysia's maritime department said ships are now prohibited from discharging washwater from open-loop scrubbers while operating in Malaysian waters.
"Ships calling to the Malaysian Ports are advised to change over to compliance fuel oil or change over to close loop system (if hybrid system) before entering Malaysian Waters and Ports," read the notice, posted on the department's website.
Closed-loop scrubbers keep most of the water used for sulphur removal onboard for disposal at port. Open-loop systems, however, remove sulphur coming through a ship's smokestack with water that can then be pumped overboard, prompting major ports around the world to ban its use in domestic waters amid concerns over sea pollution.
Under the new IMO regulations, all ships will need to use fuels with a maximum sulphur limit of 0.5 weight percent (wt%), down from the current limit of 3.5 wt%, in a bid to reduce maritime sulphur emissions by 80%.
In a separate statement, the department said Malaysian ships that are forced to use non-compliant fuel will need to secure approval from the department, the port authorities where the non-compliant fuel was purchased and the destination port authorities, once the new regulations kick in on Jan. 1.
The IMO sulphur cap heralds the biggest leap in how ships are powered since they switched from burning coal to oil over a century ago, but vessels will still be allowed to use higher-sulphur fuel if fitted with cleaning devices called scrubbers.
Singapore and Fujairah in the United Arab Emirates, both major marine refueling hubs, have banned the use of open-loop scrubbers from the start of next year. China is also set to extend a ban on scrubber discharge to more coastal regions.
Source:Marine Link