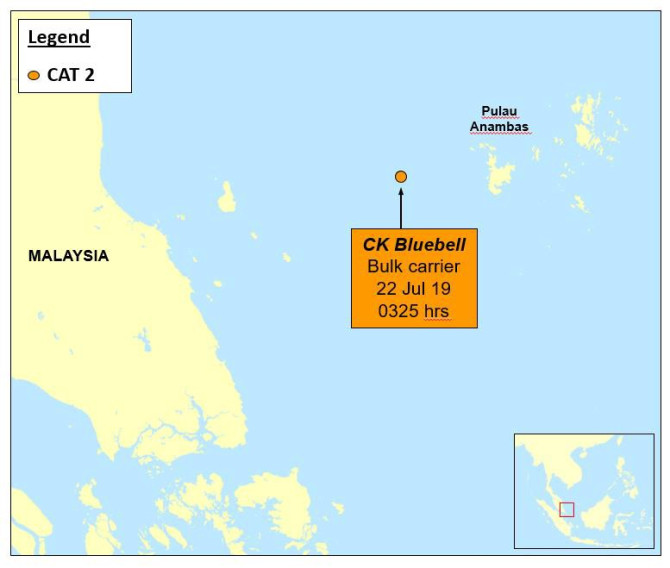 On 22 July 2019 the master of Korea-registered bulk carrier “CK Bluebell” reported that about 0325hrs (LT), seven perpetrators armed with guns and knives boarded the ship while she was underway in South China Sea, at approximately 28nm west of the Anambas Island, Indonesia. The crew was threatened and two crew members sustained minor injury. The perpetrators took away some cash and the crew’s personal belongings and left the ship at about 0400hrs (LT). The ship proceeded towards the next port of call at Incheon, Korea.
This is the first incident reported off west of Pulau Anambas in South China Sea in 2019. There were two previous incidents occurred in 2017 in the similar vicinity in South China Sea. The ReCAAP ISC advises all ships to exercise enhanced vigilance while underway in the South China Sea and report all incidents to the nearest coastal State and flag State immediately.