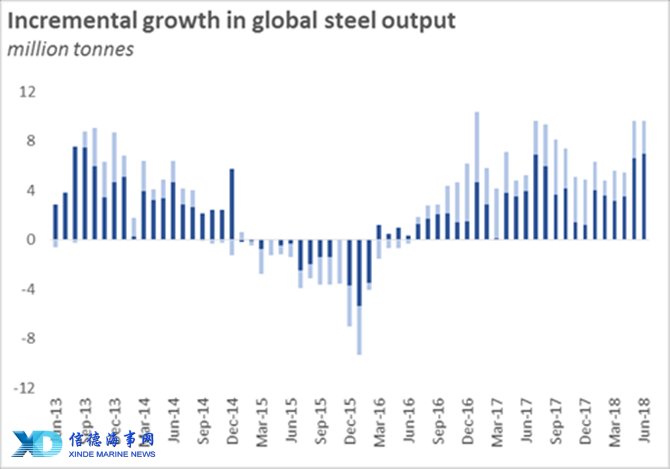 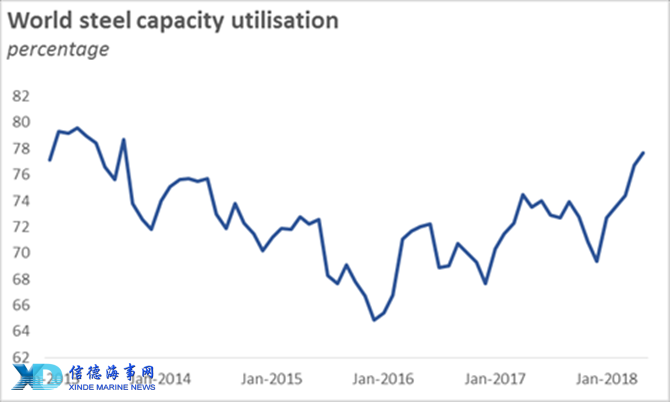 Growth in global steel production maintained its momentum in June. According to the latest data released by WorldSteel global steel output grew by 9.7 million tonnes, or by 5.8% year-on-year in June.
Growth picked up in pace in the second quarter with total production rising by 5.8% in Q2, compared to 4.1% in Q1. Total production during the first half of the year was 42.2 million tonnes, up by 5% year on year. That compares to a growth of about 37.5 million tonnes or 4.7% during the first half of 2017.
Growth was once again driven by China, which produced 80.2 million tonnes of crude steel in June, only marginally below the record output in May. Other major producers in the Asia-Pacific region saw solid increase in production In June with India, South Korea and Japan recording 5.1%, 3.7% and 1.3% growth respectively.
With production in all steel producing regions growing at a respectable rate global steel capacity utilisation improved for the sixth month in a row and reached a new 5-year high. Capacity utilisation currently stands at 78.5%, the highest since September 2013.
Sources:Arrow