Malta:EU Must Act in the Interest of Maritime Stakeholders

Malta: The EU must act in the Interest of its Maritime Stakeholders 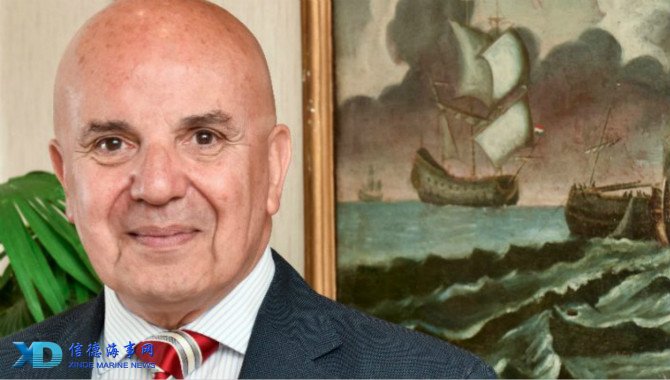 “I am pro-EU, but it is disappointing when EU regulations and bureaucracy do not act in the interest of its maritime stakeholders,” says John Gauci-Maistre, organiser of the Malta Maritime Summit.

The European Commission’s approval of Malta’s tonnage tax system last February – which came under fire in 2011 and triggered a long and complicated investigation – is welcome but still a sore point, said John Gauci-Maistre, CEO of GM International Services Ltd, and the organiser of the Malta Maritime Summit.

Following the investigation, it was found that Malta’s tonnage tax procedure was, by and large, in line with the Commission’s maritime guidelines issued in 2004, which state that income derived from maritime transport vessels, such as containers, bulk carriers and general cargo, are not subject to further tax. The vast majority of vessels registered under the Maltese flag fall under this structure.

“We had a tonnage tax legislation which was no different to that of any other jurisdiction, fully approved by the EU, and either due to certain bureaucratic shortcomings or because competition among flag states within the EU is getting tougher, we were under investigation for a very long time. I was personally very disappointed, and we suffered a lot because of it,” said Mr Gauci-Maistre. “I am pro-EU, but it is disappointing when EU regulations and bureaucracy do not act or perform in the interest of the EU and its maritime stakeholders. In the words of the famous Onassis, ships have propellers: touch them and they leave. A ship can operate from anywhere in the world, it doesn’t need to be in the EU – so why scare it away?”

Despite the setback, Malta’s merchant ship registry continued to grow. In 2017, it registered a growth of over 8 per cent, and with 75.2 million registered gross tonnes, it remains the largest registry in the EU and the sixth largest globally. Mr Gauci-Maistre asserted that the industry’s success today goes back to its very beginning, when the Merchant Shipping Act was passed unanimously in parliament in 1973, establishing a solid foundation.

“Since then, there has never been political disagreement between parties on Malta’s maritime sector, and both the industry and the authorities showed that they were there to listen any time there was an issue. From then on, Transport Malta has been – and remains – a listening ear, and tries to accommodate without jeopardising safety. In fact, we have a reputation for being a bit too strict, but even though the ship owners complain, they respect us for it.”

Mr Gauci-Maistre added that, with regards to fiscal advantages, Malta is more or less on the same platform as other countries which have an open registry like Malta’s. “The biggest issue we have is that, since we’ve been growing steadily over the years, we’ve automatically been creating adversaries within the EU, which are targeting the same sector and which see us as a threat to their tonnage.”

Malta’s yachting industry has also been growing steadily, and in 2017, a 97 per cent increase was recorded in the number of new registrations. Mr Gauci-Maistre said that while the figures are certainly encouraging and the yachting industry has come a long way, it is still facing difficulties of its own. “One important issue which we will be discussing at the Malta Maritime Summit this October is Blue Flag marinas. We talk a lot about Blue Flag beaches, but what about striving to achieve Blue Flag status for our marinas? I’d like to see us get to the stage where the yacht owner and the marina regulator are on the same page, where one knows they’re entering a marina which follows regulations on one hand, and where there’s zero tolerance for pollution, waste dumping and sub-standard vessels on the other, making the marina suitable for swimming.”

With 45 years of experience in this sector, Mr Gauci-Maistre asserted that the maritime industry is a dynamic one that is constantly changing, and therefore a more proactive approach is needed from all stakeholders to remain ahead of the competition. “We’ve always had the full support of the authorities, but the biggest concern is that success could make us rest on our laurels, which is risky. The registry has to remain, at all costs, avant-garde and it has to think ahead in all sectors related to the industry, be it environmental, managerial, related to regulation, crewing, port automation or cyber security.”

Automated ports are gaining traction the world over – one of the largest automated container terminals worldwide, the Shanghai Yangshan Deep Water Port, began trial operations last December. Mr Gauci-Maistre said this is where the industry is heading, as it enters a phase of digitalisation, both for ship owners as well as ports.

“If a port is automated but a ship isn’t, then it won’t be allowed in. On the other hand, if a ship is equipped with an automated chip but the port isn’t adequately geared up, it cannot enter the port. Another concern is cyber security – if a cyberattack takes place while a ship is sailing in remote locations, it is powerless,” he explained. “A ship’s ability to reduce emissions also comes into play here – if a ship enters the harbour but the port doesn’t have a shore supply powerful enough to help it switch off its generator, then the ship owner cannot be blamed for polluting if the port isn’t adequately equipped to help it. Ships need to be run and cargo needs to be delivered, so all parties need to ensure they’re in sync in order for the industry to operate at optimal level. They’re challenging times, but very interesting times too.”

The second edition of the Malta Maritime Summit, which will be held between 1st and 5th October, will be addressing these issues and more, and will follow the success of the first edition, which took place on the eve of Malta’s Presidency of the Council of the EU in 2016.

Mr Gauci-Maistre said that, as international players in the maritime industry, it is fitting that Malta hosts a summit of this kind as other maritime countries do. But although it is being held locally, it is not about Malta. “It’s an international summit, and the theme this year is ‘The voice of the industry’. The aim is to be as diplomatically provocative as possible with heated yet constructive debate, and for questions to be answered,” he explained. “We need to address issues and call a spade a spade, which is why we’ve created a system where delegates can ask questions anonymously and without fear of repercussion.”

The summit will raise questions about the impact and effectiveness of the 2017 Valletta Declaration, the impact of Brexit on the EU maritime economy, the value of the EU’s maritime policy in light of a demanding and successful industry, the environmental sustainability of automation in the industry, and whether banking regulations, due diligence and demands are stifling economic growth. Speakers will include, among others, Nigel Lowry, Greece Correspondent at Lloyd’s List; Mohamed Zaitoun, President and CEO of Zaitoun Green Shipping Ltd; and Angelo Scorza, from online maritime and transport economics magazine, Ship2Shore.
Sources:Malta Maritime Summit