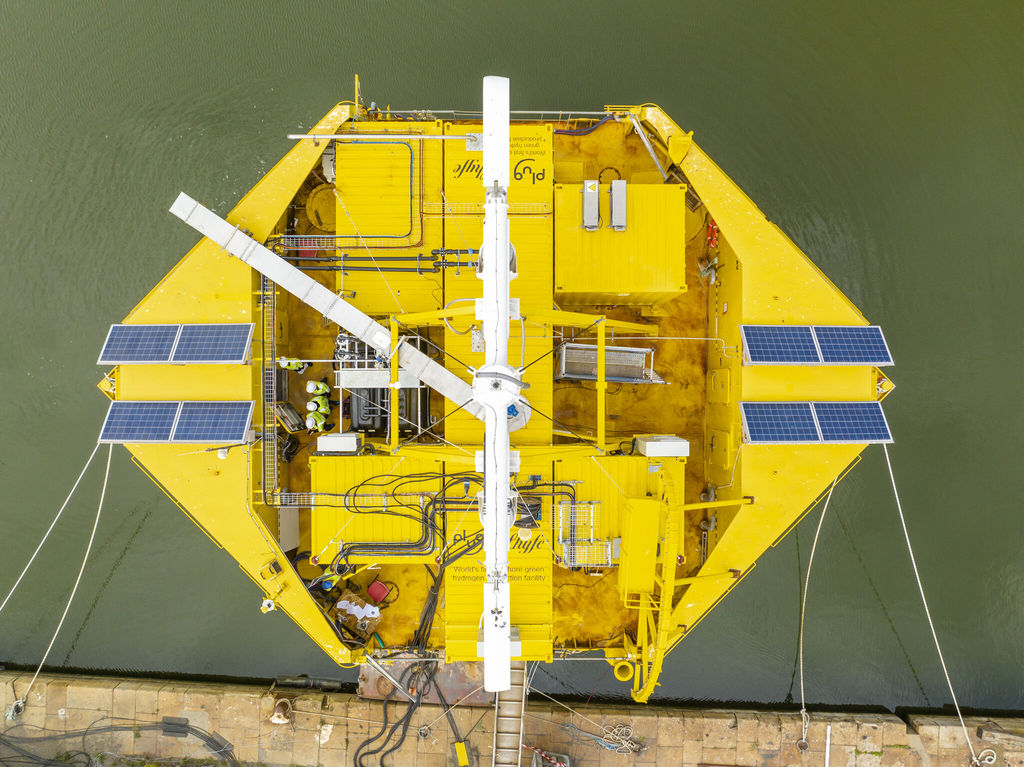 The world's first offshore hydrogen production platform, developed by Lhyfe in collaboration with Chantiers de l’Atlantique, will become operational at the SEM-REV site off the coast of Saint-Nazaire in France, later in 2022.
The electrolyser, which will produce green hydrogen from marine renewable energy sources, has been installed on Geps Techno's hybrid floating renewable energy platform – which combines solar, wind and wave energy.
The platform will be connected to various marine renewable energy sources, including floating offshore wind turbine Floatgen, to secure enough power for the production of green hydrogen, Lhyfe previously informed.
Once deployed, the platform will become the world's first offshore renewable hydrogen production demonstrator, according to the partners.
“For this test, Lhyfe will not store hydrogen, as it is aimed to demonstrate the possibility of producing gas at sea. The storage and transport or use of hydrogen will come later,” Geps Techno said earlier.
To remind, Chantiers de l’Atlantique and Lhyfe entered into collaboration in June 2022 to develop offshore renewable hydrogen production projects with on-grid or off-grid wind farms, with the aim of exploring green hydrogen production solutions with a minimum capacity of 100MW.