The construction of Hong Kong LNG terminal will be delayed 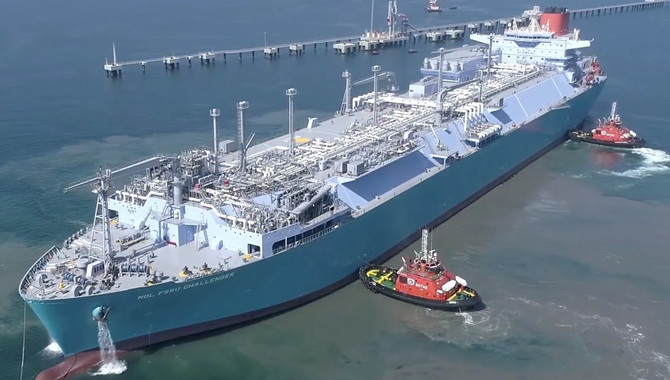 Hong Kong utility CLP Power has delayed the start of construction of the territory's first LNG import terminal to later this year, from an initial target of 2019.
The delay means that commissioning of the terminal, which will use a floating storage and regasification unit (FSRU), has been pushed back to the end of 2021, a year later than previously planned.
CLP and its partner in the project — fellow utility Hong Kong Electric — awarded an engineering, procurement and construction contract in January, following completion of the initial engineering and design stage for the offshore jetty facility and connecting pipelines last year.
The terminal will still use the 263,000m³ FSRU Challenger, under a preliminary term charter agreement with Japanese shipowner Mitsui OSK Lines. The vessel is currently installed offshore Turkey under a separate charter with Turkish state-owned gas firm Botas that expires next year.
The vessel has a sendout capacity of around 15.3mn m³/d — equivalent to around 4mn t/yr of LNG.
CLP has 1.2mn t/yr in contractual LNG supply from Shell subsidiary Shell Eastern Trading, starting this year. And Shell has agreed to supply Hong Kong Electric and Castle Peak Power (Capco) — a partially-owned CLP subsiary — with an unspecified volume of LNG upon completion of the city's terminal.
Capco operates the 2,500MW gas-fired Black Point power project in Hong Kong's New Territories, consisting of eight 312.5MW combined-cycle gas turbine (CCGT) units.
The firm is commissioning a ninth 500MW CCGT unit, and plans to bring another 500MW CCGT on line by the end of 2023, pending a successful application for an environmental permit, expected to be requested this year, CLP said. Each of the two new units will be able to burn up to 477,000 t/yr of LNG, based on a 60pc generating efficiency. The new capacity will help to replace generation units at Capco's 4.1GW coal-fired Castle Peak project, which were brought on line from 1982, CLP said.
Black Point receives gas from central Asia through China's second West-East pipeline, under a contract with Chinese state-controlled PetroChina, and supply from Wenchang and other South China Sea gas fields through the Yacheng pipeline as part of an agreement with state-controlled CNOOC.
Hong Kong's government aims to increase gas' share in the territory's power generation mix to 50pc this year, and cut coal-fired generation.
CLP's LNG project partner Hong Kong Electric operates the 3,200MW Lamma Power plant on Lamma Island, which has 2,000MW of coal-fired capacity and 1,200MW of gas-fired capacity. And three further 380MW CCGTs — units 10, 11 and 12 — are planned to come on line in 2020, 2022 and 2023, respectively. Each new unit could burn up to 363,000 t/yr of LNG, based on a 60pc generating efficiency.
Source:Argus