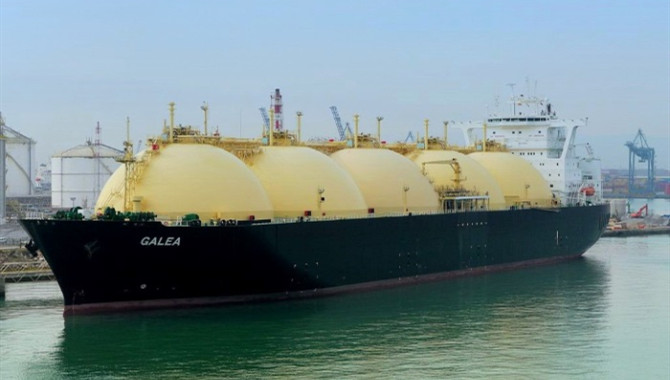 The latest International Energy Agency (IEA) report on the global natural gas market makes sombre reading, especially for current and would-be producers of the super-chilled version of the fuel.
No doubt much of the commentary on the report, issued on June 10, will be around the headline forecast that global natural gas demand will drop by 4%, or 150 billion cubic metres (bcm) in 2020 as consumption takes a hit from the economic impact of the novel coronavirus.
The IEA forecasts a gradual recovery in demand in 2021 and 2022, but the impact of the coronavirus will be long lasting, increase uncertainties and dampen growth rates.
What recovery is there is in demand is likely to be led by liquefied natural gas (LNG) and will be led by Asian countries, the IEA said.
This may sound encouraging for the LNG industry, but there are some caveats around the IEA's forecasts for Asia.
The chief concern is much of the rebound in demand is to come from China and India, but the optimistic demand scenarios are dependent on whether Asia's two fastest growing major economies continue with gas-friendly policies, or whether they backslide and favour coal.
The IEA expects China to overtake Japan as the world's biggest LNG buyer, with imports of 128 bcm a year by 2025, equivalent to about 174 million tonnes, or almost three times the 60.25 million tonnes imported in 2019.
But the IEA says this scenario is "highly dependent on China's future policy direction", which will have to include ongoing coal-to-gas switching for industry and residential heating.
The future of China's coal-to-gas switching policies remains uncertain, after previous strict moves in favour of natural gas in order to reduce air pollution were relaxed last winter.
China has also allowed the planning and construction of new coal-fired power plants to proceed, and even be accelerated, as part of plans to boost the economy after the coronavirus-induced slowdown.
In effect, China will have to balance the need to keep employment in its vast domestic coal mining sector with the environmental costs of following such a policy.
For India, the IEA expects an increase in demand of 28 bcm a year during the 2019-25 period as the country moves to meet a policy goal of increasing the share of natural gas in the energy mix from 6% to 15%, as well as improvements in LNG and pipeline infrastructure.
India's industrial sector is viewed as the prime driver of increased LNG demand, although the rollout of city gas networks and compressed natural gas fuel stations means the residential and transport sectors are also important.
Price volume tradeoff
Another key issue for India is price, and the IEA report points to the current low spot price for LNG in Asia continuing for some time.
The IEA said final investment decisions taken in recent years should lead to up to 120 bcm a year, or about 163 million tonnes, of additional LNG capacity being added between 2020 and 2025.
"Slower growth in natural gas demand is likely to weight on average utilisation rates of liquefaction plants, creating a situation of overcapacity as liquefaction growth outpaces incremental LNG trade, thus limiting the risk of a return to a tight market before 2025," the report said.
The Asian spot LNG price hit an all-time low of $1.85 per million British thermal units (mmBtu) in the week ended May 1, and again for the seven days to May 29, before recovering somewhat last week to $2.10.
While record low prices are unlikely to sustain beyond the economic shock of the coronavirus, the surplus of LNG supply means prices will struggle to mount a sustained rally until incremental demand growth eventually tightens the market.
Overall,the prospects for LNG seem inextricably linked to whatever policies are implemented by Beijing and New Delhi, as well as keeping prices low enough to act as an incentive to demand growth, especially at the expense of coal.
Source:sxcoal