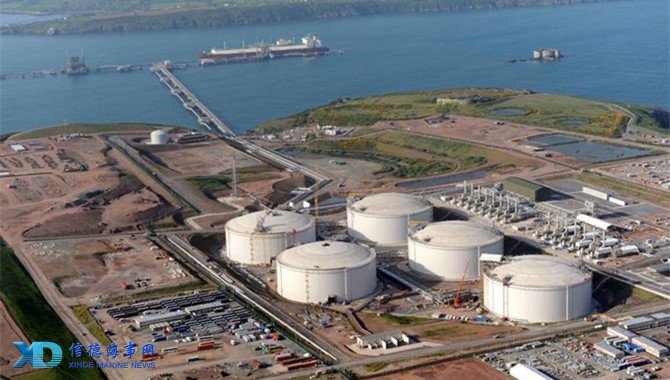 A cargo ship loaded with 24 container tanks of liquefied natural gas (LNG) arrived at Nanjing City of east China's Jiangsu Province on Thursday, marking the country's first sea-river transport of LNG.
Departing from Tianjin Municipality of north China on Dec 27, trucks carrying the LNG tanks arrived at Rizhao City of east China's Shandong Province two days later and were craned onto the cargo ship.
After four-day sea journey, the ship arrived at the inland destination Nanjing along the Yangtze River on Thursday.
This is the first sea-river transport of LNG, which will promote the environment-friendly development of the Yangtze River Economic Belt.
"Along with the development of the Yangzi River Economic Belt, improved ecological protection and the use of clean energy, the requirement for LNG at Yangtze basin is increasing steadily. The success of the maiden transport is a good start for transporting the clean energy from sea to inland areas," said Shen Weixin, the deputy director of Jiangsu Port Group.
China is working hard to promote the clean energy powering for water transportation. The LNG in the 24 tanks can be gasified into 600,000 cubic meters of gas to fuel ships traveling in the Yangtze River.
Source:cctvplus