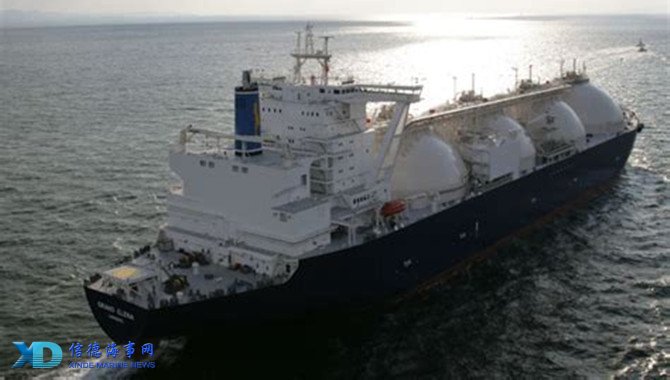 Four million tons of liquefied natural gas (LNG) will be directly shipped to China annually starting from 2019 via Russia’s Northern Sea Route, which becomes China’s new source of clean energy.
The first tanker carrying LNG from Yamal Pennisula in Russia arrived at a port in Nantong City of east China’s Jiangsu Province on Thursday. It was the first direct shipment of LNG from Russia’s Arctic circle to Asia.
The LNG tanker, named "Vladimir Rusanov", departed from the Port of Sabetta at the Yamal LNG plant. Instead of transiting west, it headed eastward and took the Northern Sea Route.
Through the Bering Strait, the tanker arrived at the destination port in 19 days with a full voyage of 10,700 kilometers, a whole 13,400 kilometers shorter than the normal route via the Suez Canal.
Reports say the opening of the Northern Sea Route will guarantee four million tons of LNG to China per year from 2019.
"There is about 4.2 billion cubic meters of LNG. It is continuously supplied all-year-round. In summer, it is imported to China through the Northeast Passage in the Arctic. In winter, we will cooperate with our partners by exchanging resources and by importing LNG from their closest resource pools," said Ling Xiao, vice president of PetroChina Company Limited.
The Yamal LNG project, jointly launched by China and Russia, is currently the world's largest LNG project operated in the Arctic Circle with the exploitable natural gas reserve of 1.3 trillion cubic meters.
"This project is made possible thanks to the seamless cooperation from all parties, with ample resources in Russia, the steady market in China, and the high-end technologies to produce LNG from Western countries," said Zhang Chengwu, vice general manager of PetroChina International.
This project was carried out within the framework of China's Belt and Road Initiative and possesses strategic meaning in further optimizing the country's energy supply structure.
"I think in the next 10 years, the bilateral trade volume of natural gas between China and Russia will exceed 70 billion cubic meters. At that time, on top of being China's largest crude oil supplier, Russia will become the largest natural gas supplier to China," said Nur Bekri, director of the National Energy Administration, during the ceremony held in Rudong on Thursday.
Sources:cctvplus