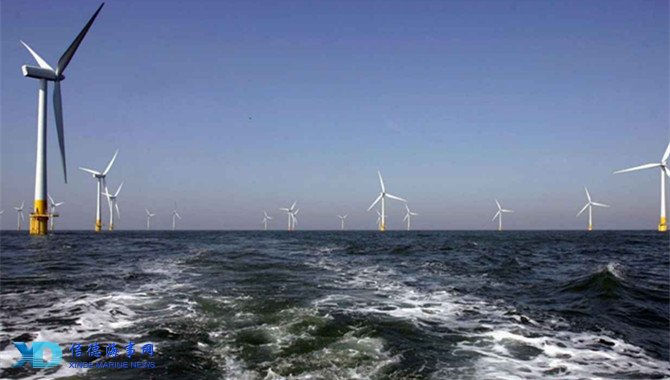 General Electric (China) signed a memorandum of cooperation with Guangzhou Development District on July 19 to set up the first offshore wind power operation and development center in the Asia Pacific region.
The center will be responsible for improving and upgrading the production procedures of offshore wind turbines. It will also be dedicated to customizing designs and adaptations of offshore wind turbines especially for the Chinese market, and strive to build a local operation data center, operation and maintenance service center, and supply chain center for offshore wind power.
GE China, a leading company in the field of wind turbine, possesses a large-scale wind turbine technology. According to a report released by Bloomberg New Energy Finance, GE China added 4.9 gigawatts of new power capacity in 2017 globally, ranking among the world's top four power suppliers. In recent years, it has acquired the energy assets of Alstom in France and bought LM Wind, the world's largest wind turbine blade producer, to exploit the global market for offshore wind power.
According to an announcement made by Guangzhou Development District, GE China has strong strength in research and design in terms of offshore wind power. In March, it announced that it will develop the most powerful offshore wind turbine set - Haliade-X. With a height of 260 meters, the Haliade-X12MW turbine is nicknamed the "sea skyscraper". Its 107-meter-long blade will be the longest sea wind blade to date, equivalent to an international standard football field. The turbine will generate up to 67 million kilowatt-hours of electricity a year, enough for up to 16,000 households.
GE China has been enjoying a solid foundation for cooperation with Guangzhou Development District The company's key project, GE Healthcare China, started construction of its first biotech park in Asia in the Guangzhou Development District on June 23, 2017. It is also working with the region's Xiangxue Pharmaceuticals to build the first factory for T Cell Receptor Technology (TCRT) cell therapy, and collaborating with the region's Ribobio Co., Ltd. to build Asia's largest oligonucleotides production base.
Sources:chinadaily