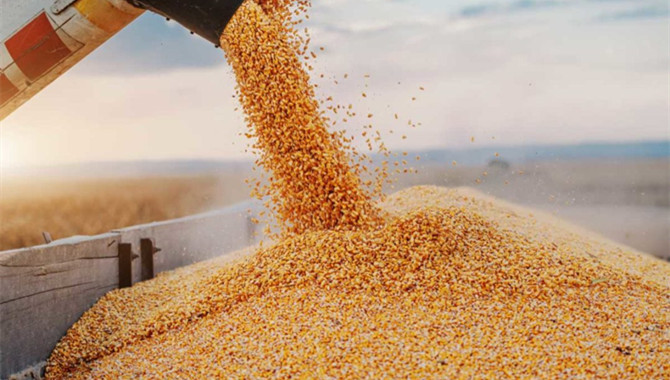 The first shipment of Brazilian corn has started its voyage to Guangzhou, China after MV Star Iris, laden with 67,000 mt of corn, sailed from the Brazilian port of Santos at about 5 pm local time Nov. 23, according to shipping website Kpler.
The shipment was widely anticipated by market participants after multiple trades were heard in Itaqui and Santos over the previous weeks. More shipments are expected over the two next weeks.
Four vessels chartered by Cofco to be loaded with up to 280,000 mt of Brazilian corn are scheduled to depart from approved Santos terminals of T12A and TGG, according to a shipping line-up seen by S&P Global Commodity Insights. The vessels listed are MV Key Guardian, MV Krini, MV Shandong Fu Xin and MV Omiros, but their final destination were not listed in the line-up.
Chinese state-owned buyer, Cofco, could not be reached for comments.
The General Administration of Customs China had released late Nov. 2 an updated list of corn exporters from Brazil, naming over 100 companies, facilities and cooperatives with storage and shipping that had been granted permission to export Brazilian corn to China potentially by the end of 2022 after meeting phytosanitary requirements, S&P Global previously reported. Market participants are expecting more terminals and warehouses to be added into the approved list in due course.
China is expected to buy 5 million mt of corn from Brazil in 2023, according to Brazil’s grain exporting group Anec. The US Department of Agriculture has forecast China to import 18 million mt of corn in the marketing year of 2022-23 (September-August).
After phytosanitary approvals and waivers of quarantine requirements by Chinese authorities, there was a remaining hurdle of GMO approvals.
In China, Chinese private buyers and feed millers were surprised with this move, as they did not know that the final GMO approval was given. “Our understanding is that only 14 GMO strains were approved, but we don’t know how many strains there are in Brazilian corn,” said a Chinese feed buyer.
Currently, China imports corn from the US and Ukraine to meet its domestic demand on top of its local production.
China’s long-awaited participation in the Brazilian corn market is expected to shift global trade flows for corn, said market sources. “Now that it happened, it will give hardship to South Korean buyers. South Korea needs to find a way to fill the gap for February shipments until Argentina crop reaches the market,” said a South Korean trader.
South Korean buyers were previously hesitant to purchase feed corn from Ukraine due to risk and reluctance to get local insurance. However, market sources believe that they will reconsider their stance. “With this flow, there is no FOB basis being quoted from February in Brazil. Unless US PNW values starts coming down, I think [the buyers] will inevitably buy from Ukraine,” said a market source.