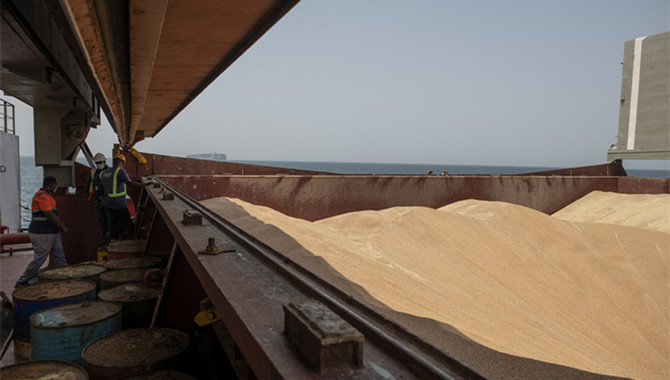 Ukraine's agricultural exports under a key grain deal reached 3.9 million tons, the Ukrainian Sea Ports Authority said Monday.
So far, a total of 169 ships have left Ukraine's Black Sea ports for countries in Asia, Europe and Africa under the deal signed in July in Türkiye.
On Monday alone, four ships loaded with more than 178,000 tons of foodstuffs departed from the ports of Odesa and Pivdenny.
On July 22, Ukraine and Russia separately signed a deal with Türkiye and the United Nations in Istanbul to resume food and fertilizer shipments from Ukrainian ports to international markets via the Black Sea.
On Aug. 1, the first cargo vessel carrying grain after the breakout of the Russia-Ukraine conflict left Odesa for the port of Tripoli in Lebanon.