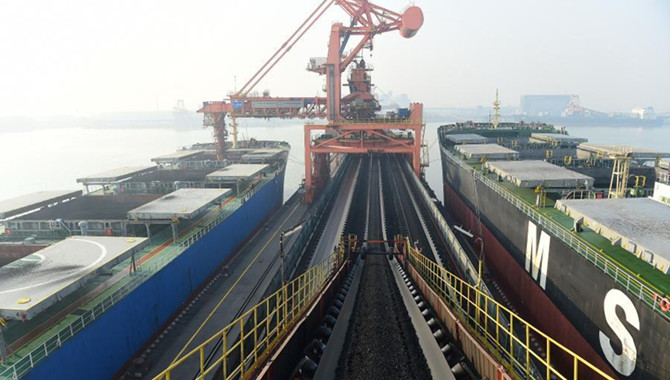 Huanghua port, in northern China's Hebei province, handled a total of 16.94 million tonnes of power coal in July, rising 1.4% compared with June and well beating its monthly target, according to Hebei Daily.
As an important power coal transfer port, it ranked first in ensuring energy supply during the peak summer month in July, providing strong support for ensuring a stable supply of fuel.
Data showed that Huanghua port had completed a total of more than 33 million tonnes of coal loading since June. The cumulative coal dispatches from the port exceeded 100 million tonnes in the year to June 25, exceeding the annual plan by 735,000 tonnes.
Huahuang port has adopted information technology to improve the efficiency of inspections and enhanced cooperation with relevant units to smooth information transmissions about coal storage, coal loading, vessel number and anchoring.
As a result, the port only took one day to grasp power coal supply schedule, which greatly shortened from previous three days. The ship turnover efficiency has been effectively improved, and the anchoring time of a single ship has also been shortened by 14.5% in July compared with the preceding month.