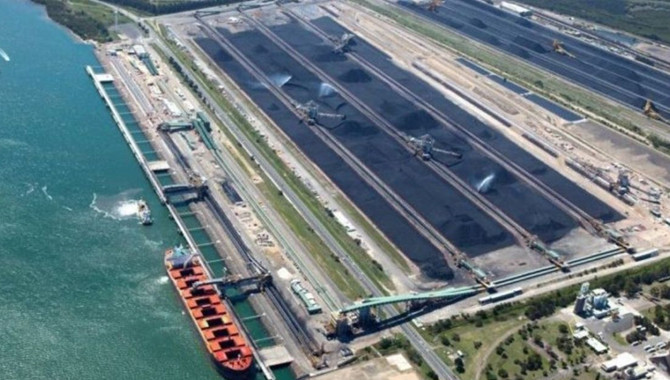 The volume of coal transported by trains and ships in China saw a surge in October and November amid the country's solid efforts to ensure stability in coal supply during this winter, official data showed.
On average, about 86,300 trains loaded with coal had departed from local areas in China every day from Nov. 1 to 15, marking an increase of around 10,000 trains, or 13.5 percent from last year, data from the China State Railway Group Co., Ltd. showed.
During the period, the daily average number of trains loaded with thermal coal reached approximately 62,900, surging 31.8 percent from the same period last year, according to the data.
By the end of October, the shipping company affiliated with China Energy, the main force for maritime transportation of coal in the country, had transported 170 million tonnes of coal this year, an increase of 25.6 percent from a year earlier.
Railway and maritime transport are the main channels for coal transportation across China, with railroad trains operating mostly in northern China and ships combined with trains transporting coal mostly to the country's southeast coastal areas.
Amid China's efforts at boosting the supply of coal for the winter heating season, rail and shipping companies have been asked to fully tap their transport capacities and prioritize orders from power generators and heating suppliers.