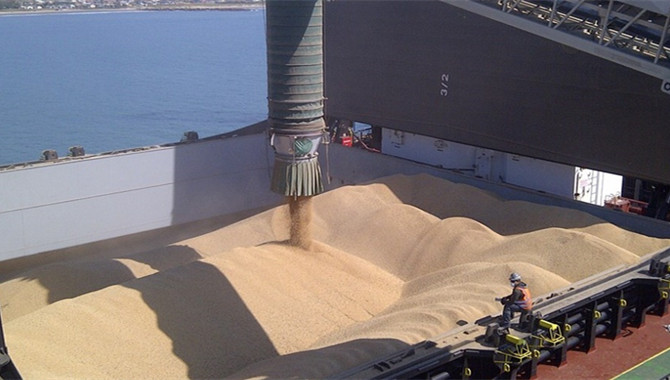 China's soybean imports rose in May from the previous month, customs data showed on Monday, as more cargoes from top supplier Brazil cleared customs.
China, the world's top importer of soybeans, brought in 9.61 million tonnes of the oilseed in May, up 29% from 7.45 million tonnes in April, when some Brazilian shipments were delayed, data from the General Administration of Customs showed.
May's imports were also up from 9.38 million tonnes in the same month a year ago.
“The figures were within market expectation. Imports from May-July are usually quite large each year. There were also some delayed cargoes,” said Wang Xiaoyang, analyst with Sinolink Futures.
Chinese crushers had stepped up purchases of beans from top supplier Brazil in anticipation of strong demand from a fast recovering pig sector, but rains in the South American country slowed the harvest and exports of the oilseed.
Delayed cargoes began to arrive in China in large quantity from April but the impact of the rains is still lingering.
Traders said some cargoes would be rolled over due to the delays and arrive in China in June.
Soybean arrivals in the next two months were expected to exceed 10 million tonnes, adding to already healthy supplies of beans, analysts said.
However, appetite for feed from the hog sector may be subdued in the short-term as a large volume of heavy pigs are sent to the market, China Construction Bank Futures said in a note last week.
Falling pig prices and rising feed costs were also expected to deter some farmers from restocking their herd, although soymeal demand is expected to be healthy in the long-term as China’s herd recovers from a devastating outbreak of African swine fever.
China brought in 38.23 million tonnes of soybeans in the first five months of 2021, up 12.8% from the same period last year, according to customs data.
Source:Reuters