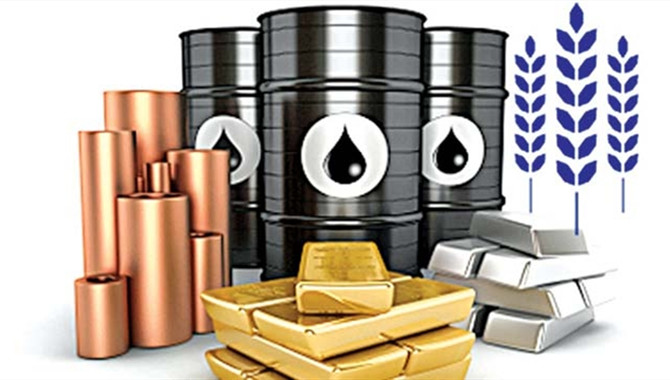 Energy
Following the Lunar New Year, the impact that the coronavirus is having on oil demand is becoming clearer. The latest data (from Sublime China Information) shows that refinery run rates for independent refiners in Shandong stood at 50.33% as of 7 February, down from 64.56% prior to the Lunar New Year holidays. Poor offtake, which has led to a building of stocks, has forced refiners to cut run rates. These cuts have led to a sharp increase in crude oil inventories in the country over the last 2 weeks, with Shandong crude stocks increasing by 11.57MMbbls, to total 51.69MMbbls as of the 7 February, according to this data source.
Meanwhile there is still no word from Russia on whether they will back additional cuts of 600Mbbls/d through until the end of June, while extending the current deal of 2.1MMbbls/d (including Saudis over compliance) until the end of the year. Following the OPEC+ Joint Technical Committee meeting last week, Russia was expected to take a few days to come to a decision. Furthermore, there are growing doubts over whether the extraordinary meeting currently set for the 5 & 6 March will be brought forward, with Azerbaijan’s energy minister commenting that an early meeting “most likely won’t happen”.
Moving onto Libya, and markets will continue to watch any developments in the country closely, particularly following UN-backed peace talks over the weekend. Libyan supply disruptions have helped to offset some of the demand losses we are seeing as a result of the coronavirus. But if we were to see a quick recovery in Libyan output, it would likely put renewed pressure on the oil market in the short term, particularly if OPEC+ do stick to their meeting date in early March, rather than bringing it forward.
Finally, market positioning data holds no surprises, with speculators continuing to liquidate longs. Over the last reporting week, the managed money net long position in ICE Brent declined by 49,642 lots, leaving speculators with a net long of 352,715 lots as of last Tuesday. Meanwhile, for ICE gasoil, the speculative net long fell by 24,227 lots to total 30,984 lots as of last Tuesday – the smallest net long speculators have held since January 2019.
Metals
Metal inventories in China have also increased substantially over the last couple of weeks. Although there is an element of seasonality here, where the manufacturing lull pushes stocks higher. Copper stocks on SHFE increased by more than 50kt over the last 2 weeks to total 206kt as of 7th February, taking inventories to levels last seen in May last year. This compares to an increase of a little over 64kt over the Lunar New Year holiday last year. Therefore, it is probably best not to read too much into these inventory numbers just yet. However obviously the longer we see large parts of industry shut down as a result of the virus, the more likely we are to see a larger than usual build in exchange stocks over the quarter.
Iron ore got some brief support at the end of last week, as port operations in Western Australia were suspended due to cyclone Damien. Port Hedland and Port Dampier were briefly shut as a result of the cyclone. However, operations are returning to normal once again. This has led to downward pressure on the SGX as markets resume once again this morning, with the most active SGX contract trading back below US$79/t, having settled at US$80.59/t on Friday. Sticking with iron ore and Australia, and the latest data from the Pilbara Ports Authority shows that monthly iron ore exports from Port Hedland declined by 3% YoY, to total 40.5mt (the lowest since March 2019) in January. Meanwhile, recent data from Brazil’s Ministry of Trade and Commerce showed that Brazil’s monthly iron ore exports also declined 19% YoY to 27mt in January.
Source: ING