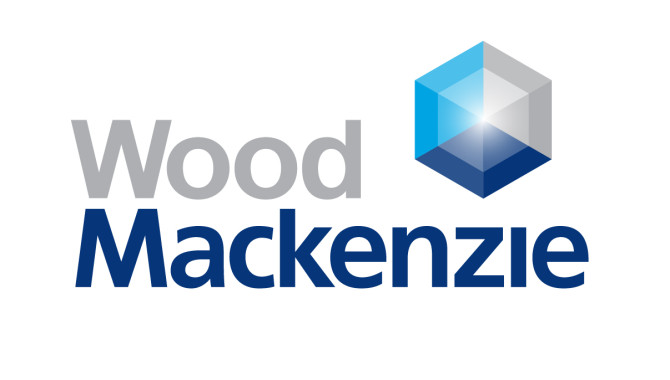 Though set to become the world’s third largest gas producer by 2027, China’s imports will still grow in the long term. One key contributing factor is lower forecast in domestic gas production particularly in shale gas and coal bed methane (CBM), according to recent research by Wood Mackenzie.
“We have adjusted our overall outlook for China domestic gas supply down in our latest update. Production is expected to double from 149 billion cubic metres (bcm) in 2018 to 325 bcm in 2040, but this is 39 bcm lower than our previous outlook,” said Xueke Wang, a consultant at Wood Mackenzie.
“While we are positive on conventional and tight gas output, the long-term growth of CBM and shale production looks to be challenging,” explained Wang.
Growing from almost zero in 2010, China produced 10 bcm of shale gas in 2018, or 7% of total gas production. After years of development, comprehensive costs per well in Sinopec’s Fuling field are more than 40% cheaper than the initial exploration wells in 2010, and 25% cheaper than the first batch of commercial wells in 2014.
However, the success at Sinopec’s Fuling will be hard to replicate due to geological heterogeneity; even PetroChina’s three shale gas projects in the same basin do not achieve the same economics as Fuling.
Shale gas from two gas-rich onshore basins – Ordos and Tarim – are not expected to be commercialised in the medium term. Despite well-developed infrastructure in the Ordos basin, well yields are extremely low, primarily because of the inferior reservoir properties. In the Tarim basin, few shale gas explorations have been carried out over the past five years. The desert environment and limited infrastructure add to the list of challenges.
“To stimulate shale gas development, China has reduced resource tax on shale gas and urged NOCs to upgrade drilling plans. Sinopec plans to spend RMB60 billion (41% increase year-on-year) on exploration capex in 2019, with a substantial portion budgeted for Fuling expansion. Despite this, we have downgraded the long-term shale gas forecast to 88 bcm in 2040, which is 44 bcm lower compared to our H2 2018 view,” said Wang.
Twenty-two CBM blocks have been offered for bidding to non-national oil company (NOC) players since 2017. However, commercialisation of these blocks has been slow. Firstly, offered blocks were of medium to low quality. But more importantly, the overlapping of mining rights between CBM and oil and gas has obstructed CBM’s development.
With lacklustre investment, CBM production stayed flat in 2018. With output limited by project economics, and technical and regulatory conundrums, CBM production is expected to reach 15 bcm in 2040, a 40 bcm reduction from Wood Mackenzie’s previous forecast.
In contrast, tight gas, though also an unconventional resource, has become a core part of China’s gas mix. This is due to more mature technology, reliable geological data and overlapping distribution with conventional gas, which can reduce infrastructure development costs. Substantial proven gas in Ordos basin will underpin long term gas growth.
In 2019, China included tight gas in the new unconventional gas subsidy scheme for the first time, rewarding incremental growth based on subsidy-eligible volumes. As such, more capital investment in tight gas is expected with potential commercialisation of previously sub-economic and technically challenging tight gas reserves. Accordingly, Wood Mackenzie increased its tight gas outlook to 85 bcm by 2040.
Things are also looking positive on the conventional gas production front. In 2018, domestic gas production increased by 7%, mainly from conventional plays in the Ordos, Sichuan and Tarim basins. China is determined to reduce import dependence, urging on more upstream E&P activities. In response, the NOCs have formulated seven-year plans (2019-2025) to raise budgets and stimulate upstream exploration. PetroChina will allocate RMB5 billion annually on venture exploration, while CNOOC aims to increase exploration activities to double proven reserves by 2025. The increase in E&P activities should translate to material conventional production growth in the medium term.
“The overall reduction in China’s gas production outlook calls for greater need for imports in the long term despite a more modest demand growth rate. This should drive China’s growing appetite for LNG and hence influence global gas spot prices,” said Wang.
China’s gas demand is expected to reach over 673 bcm, accounting for half of Asia’s gas consumption by 2040.
Source: Wood Mackenzie