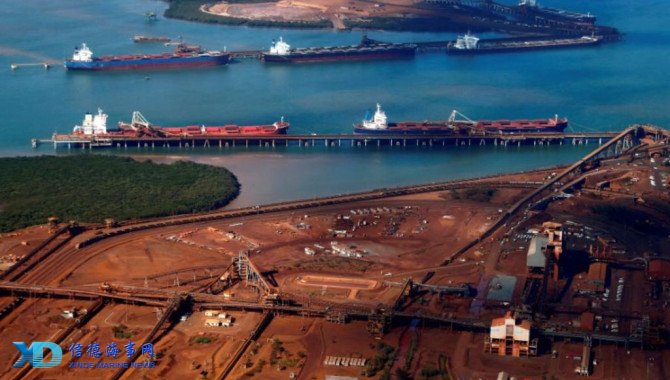 Chinese steel and steel-making raw material prices rose on February 25, buoyed by positive market sentiment as Beijing and Washington moved closer to a trade deal.
US President Donald Trump said on February 24 he would delay an increase in tariffs on Chinese goods due to ''productive'' trade talks. He and Chinese President Xi Jinping would meet to seal a deal if progress continued.
China's official Xinhua news agency also reported that the two countries have made ''substantial progress'' on specific issues in the latest round of talks.
''Trade friction is easing while the Chinese economy is maintaining stability. In general, steel would move into a bull market, despite increasing output,'' some analysts pointed out.
Benchmark Shanghai rebar prices edged up 0.3% to 3,721 yuan/t ($557.51/t).
Hot-rolled coil futures rose 0.5% to 3,708 yuan/t.
The weekly utilization rates at steel mills across the country edged up to 65.75% last week as of February 22, rising 0.14 percentage points from a week earlier, data showed.
Steelmaking raw ingredients prices also rose, as investors expect mills to replenish inventory after the week-long holiday break.
Dalian iron ore futures were traded up 1% to 612.5 yuan/t, after jumping as much as 3% during early trade.
Coking coal prices climbed 0.3% to 1,288.5 yuan/t, while the coke contract for May delivery on the Dalian Commodity Exchange rose 0.6% to 2,157 yuan/t.
On February 23, an accident at a non-ferrous mine at a subsidiary of Inner Mongolia Xingye Mining Co killed 21 people and injured 29.
Xinye has been ordered by local authorities to halt production, and analysts said the accident may lead to safety checks across the region, affecting operations at more mines.
Source:sxcoal