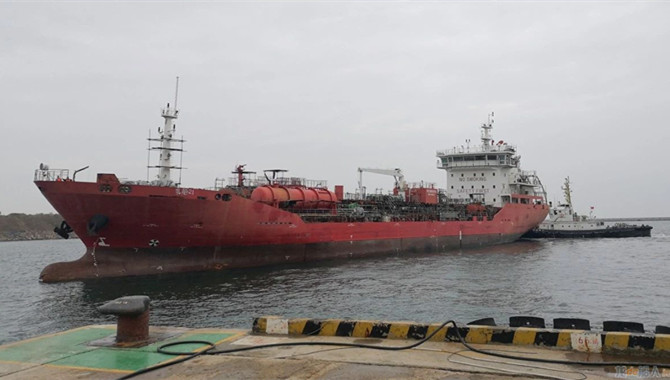 On May 20, the second 6500 DWT chemical tanker stopped at Jinling (Weihai) No. 2 Terminal. Two ships of the same type from a shipyard in Weihai landed in China Merchants Jinling Shipyard (Weihai).

The two 6500DWT chemical tankers were built by a shipyard in Weihai between 2008 and 2010 for the Italian shipowners to load refined oil products and Marpol X and Y&Z products with the lowest temperature below 85 degrees Celsius. They were abandoned by the shipowners due to the impact of the international financial crisis and shipping market. The two ships have been docked at the shipyard since it went bankrupt.

At the end of last year, the renewal project of the two ships started to operate, Jinling (Weihai) sent professional and technical personnel to conduct on-site investigation and put forward the renewal plan based on the survey report of RINA classification society, and finally completed the carry-over and customs formalities of the manual on April 29. The two ships will be exported to foreign customers after construction is completed.