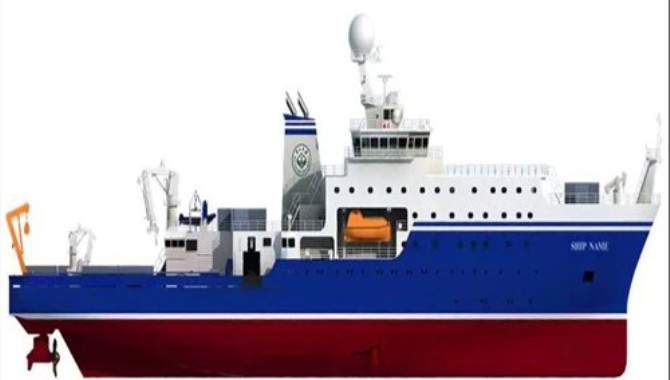 The construction of China's largest comprehensive maritime scientific research ship kicked off in Shanghai on Monday.
The 6,000 ton ship was described as a new generation maritime comprehensive scientific research vessel by China Shipping News on Monday.
The 114-meter-long vessel has a crew of 100 and a range of 15,000 nautical miles, according to the online report.
The design work was carried out by the 708th Research Institute of China State Shipbuilding Corporation (CSSC) and the Jiangnan Shipyard Group shipbuilding team will carry out construction.
The same construction-management team built the Xuelong-2 icebreaker, according to Zhang Wenlong, chief construction engineer for the new vessel.
The revolutionary ship will eventually be delivered to Sun Yat-sen University in Guangzhou, the capital city of South China's Guangdong Province.
Universities in China have become key customers for research vessels, the report noted: The 5,000-ton Dongfanghong-3 is owned by Ocean University of China, a university situated in Qingdao, Shandong Province.
Chief designer Wu Gang was quoted as saying the vessel would serve mobile research but also work as a world-class global "talent cultivating platform at sea."
The new vessel will accommodate drones amidships and unmanned surface vessels near the stern. The new design features environmental facets such as 72 hours of zero sewage discharge, special garbage packing and a low-temperature trash storage room.
Source:ecns