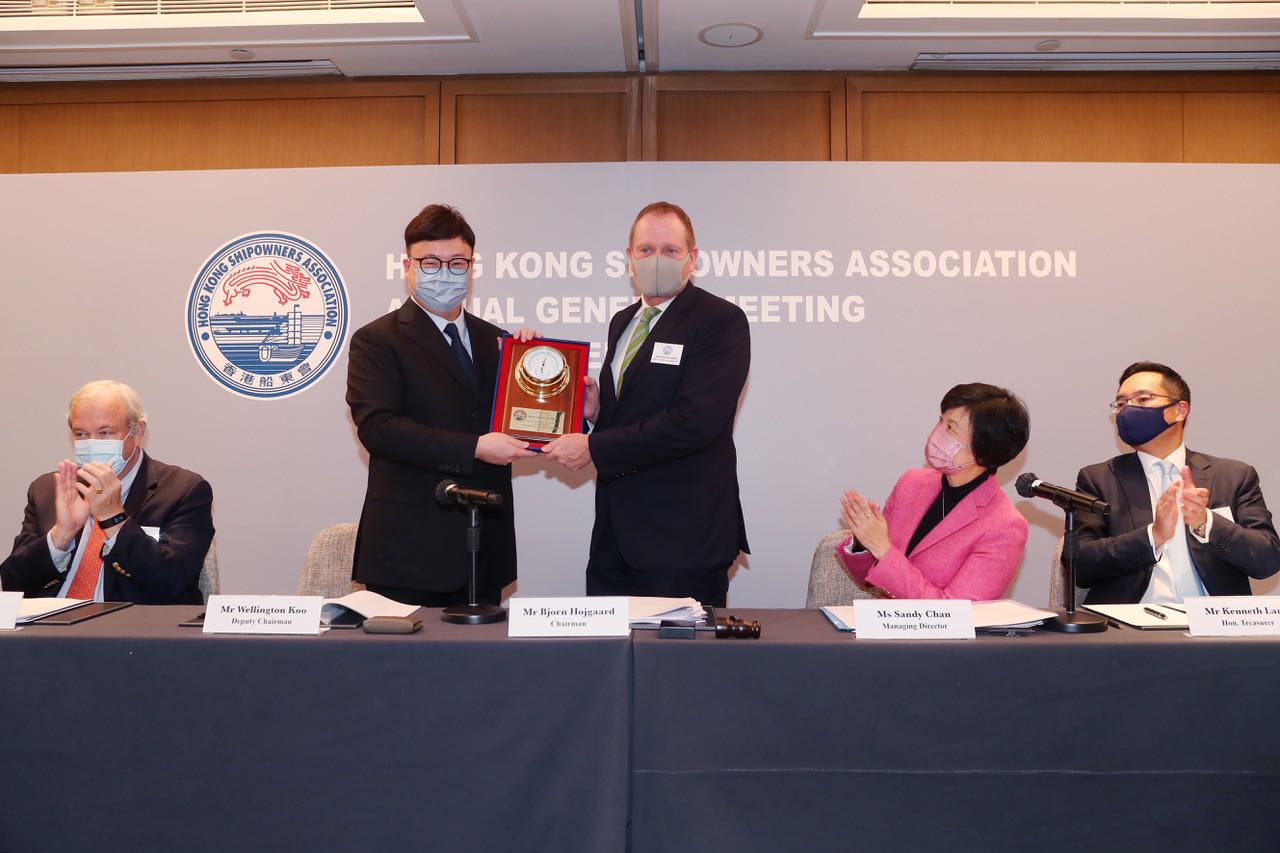 Mr. Bjorn Hojgaard, the outgoing Chairman, thanked members for their support for the Association during his term. Incoming Chairman Mr Wellington Koo thanked Mr Hojgaard for his valuable contribution and excellent leadership, which helped the Association face many challenges in the past two years, demonstrating the “can-do” spirit to the fullest in the New Normal.

The AGM also elected the new members to the Association Executive Committee for the new term.

The Hong Kong Shipowners Association, established in 1957, is one of the world’s largest ship owner associations. Association members own, manage and/or operate fleets with a combined carrying capacity of over 212 million deadweight tonnes. Throughout the years, the Association has been active at the local, national and international level, representing the interests of the shipping community, promoting Hong Kong as a leading maritime centre,
and hosting a variety of social, educational and technical programs that add value to the operations of the member companies.