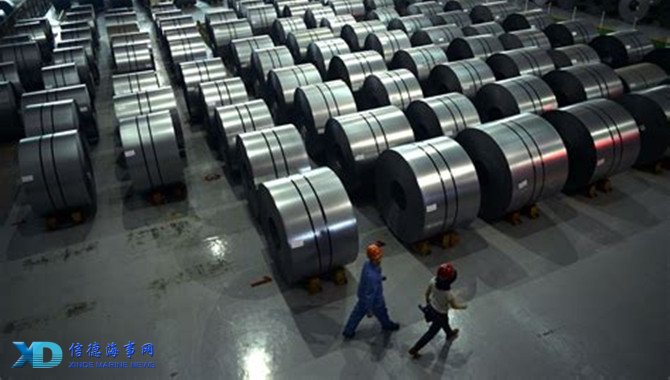 China will ban new capacity for steel, coke and primary aluminium production in some key areas, including the Beijing-Tianjin-Hebei and Yangtze River Delta regions, the State Council said on June 13, the latest effort to improve air quality.
The central authority also said it will provide National 6 Standard diesel fuel, one of the cleanest fuel products in the country, nationwide from January 1, 2019.
The announcements were made as the Chinese government considers a new three-year, anti-pollution plan to address growing public concern about air pollution.
"In the coming three years, China will aim to make 'obvious' improvements on air quality and 'sharply' cut major air pollutants," a state radio report said citing the state council.
It also pledged to significantly raise the portion of rail in freight transportation and continue to push the conversion of household heating systems from coal to electricity or gas in the coming years.
Last week, the Ministry of Ecology and Environment said it will expand environmental inspections to more cities and regions in a new round of checks from June to April next year as part of the new anti-pollution plan.
In the same statement, the state council also decided to take further steps to boost imports of various goods, state radio said, including daily consumer goods and medical products. Beijing so far this year has announced several import tariff cuts, including a May announcement for tariff reductions on various consumer products such as cosmetics, home appliances and apparel starting on July 1.
It also said it would improve its policy for duty-free shops and increase imports of duty-free products.
Sources:sxcoal