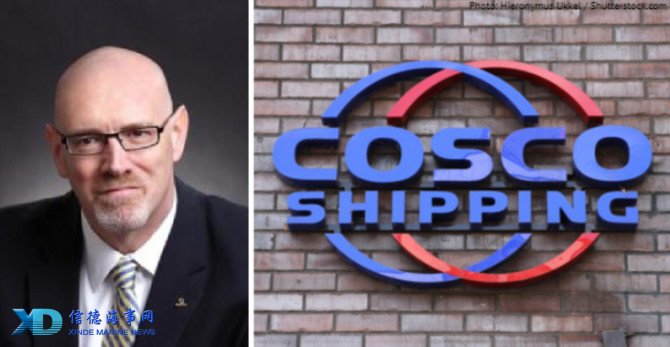 Spot market rates remained strong in 2018, but rates overall were still too low, Howard Finkel, the executive vice president of trade for COSCO Container Lines Americas Inc., said during the first day of the American Association of Port Authorities’ 12th annual Planning for Shifting Trade Conference in Tampa, Fla.
“They’re called service contracts but there’s very little about service in that contract,” he said Wednesday, one day after COSCO began direct calls from Asia to Port Tampa Bay. “At the end of the day, most of the contracts are about the price and most of the prices are too low right now.”
The rate for a dry container from Asia to the U.S. should be about $2,100 to $2,200 for “a healthy environment,” he said, which is less than half the rate from when he began with Sealand in 1981. With the low rates, alliances have become imperative to the survival of carriers, according to Finkel.
“A lot of people have different feelings about ocean alliances,” Finkel said. COSCO is a member of the OCEAN Alliance with CMA CGM, Evergreen and OOCL, which COSCO now owns. “Truthfully it’s something that’s needed. … To survive you have to have partners.”
Finkel said alliances offer benefits such as cost savings, enhanced operation of vessels and utilization of port facilities, and increased service quality.
Still, Finkel said he is optimistic about COSCO having a good contracting season.
He also addressed some other concerns during the roughly half-hour presentation, such as quoting intermodal rates for U.S. trucking and rising ship fuel costs.
COSCO can sign yearlong contracts with rail companies, he explained, but it is unable to do the same to stabilize trucking costs.
“We basically know what we’re doing as far as railroads,” Finkel said. “Trucking is a whole different situation. Trucking in the United States is at a critical point right now.”
Bunker rates increased 45.2 percent between October 2017 and October 2018, and fuel costs are expected to continue rising with stricter emission standards.
“Bunker is something we have to be concerned about,” Finkel said. “Most lines that lost money this past year were because bunker costs were high.”
Source:American Shipper