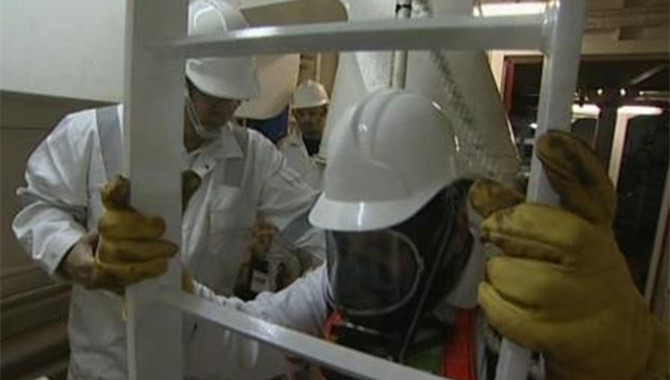 InterManager has welcomed a commitment by the International Maritime Organization (IMO) to review guidance governing safe working in enclosed spaces onboard ships.
Heralding the move as a significant step forward in crew safety, the association says it will work with the IMO, Flag States, and other maritime partners to make sure lessons are learned from the many fatalities which have occurred in enclosed spaces and also ensure new legislation is workable and effective.
InterManager submitted a comment paper to the IMO’s Maritime Safety Committee (MSC) 106 meeting, co-sponsored by a number of industry partners, in response to China’s proposal to revise IMO Resolution A.1050(27) which sets out recommendations for entering enclosed spaces aboard ships. InterManager’s paper highlighted additional information which it believes should be considered and provided high level information relating to enclosed space incidents.
The ship and crew management trade body has been collating statistics on deaths and accidents in enclosed spaces since 1999 and reports that during this period, enclosed spaces have claimed the lives of 122 seafarers and 45 shore workers. However, InterManager Secretary General, Captain Szymanski, fears these figures could be higher still and says he believes there is under-reporting by shipping authorities.
“This is an opportunity for the shipping industry, led by the IMO, to comprehensively assess the dangers posed by the range of enclosed space and oxygen-depleted areas onboard ships and to make meaningful recommendations which will remove or reduce risk, backed up by robust procedures that should aim to ensure no seafarer or shore worker dies while carrying out their jobs,” he said.
In its submission, InterManager and its co-sponsors recommend that the IMO Resolution A.1050(27) be considered by suitably competent sub-committees which should also consider emergency drills for enclosed spaces, the carriage of gas detection equipment on board ships, and MSC.1/Circ.1401 dealing with vessels inerted with nitrogen, plus the associated risks and hazards. It advises re-examination of previous submissions to address issues already raised, such as cargo hold gas monitoring, an appreciation of oxygen depleting cargos, cargos which are fumigated and cargos which emit toxic gas.
It states: “The scope of the revision needs to be broad and comprehensive in order to take into account both the human element and ship design factors that have contributed to previous enclosed space incidents. This would undoubtedly mitigate against, and hopefully prevent, such incidents occurring in the future.”
The submission highlights a need to consider design of access as a means of reducing the number of such incidents, pointing out the risks posed by areas such as hold access ladders, specifically the enclosed trunk ladder (occasionally referred to as the ‘Australian Ladder’).
InterManager points out that previous submissions on enclosed space risks have discussed “the repetitive systemic nature of the enclosed space incidents” and this is a matter that InterManager has campaigned about, urging the shipping industry to delve deeper into accident investigations to look at the ‘why’ as well as the ‘how’.
The submission draws attention to industry-led investigations into enclosed space accidents, commenting: “These reviews have resulted in the emergence of several distinct themes focussing on; design and construction, gas evolution, movement and entrapment within the ship structure, and the human element prevalent in many enclosed space incidents, such as the rush to rescue a single casualty resulting in the death of many, the disregard of procedures and local adaptation of unsafe practices. Likewise, it has been identified that in many cases ship and shore personnel are subject to time pressure which may result in them rushing or missing checks to meet artificial deadlines which often result in entry into spaces for which they are not fully prepared. These aspects have resulted in countless casualties where a known breach of procedure, (just a ‘quick look inside!’) in an enclosed space, has often ended in further loss of life.”
The submission states: “In order to reduce, indeed halt, such needless loss of life within the complexities and risks of the maritime world, the review of A.1050(27) needs to be comprehensive, in depth and as wide-ranging as possible in order to encapsulate the breadth of such studies. A new resolution on the recommendations for entry into enclosed spaces would go a long way towards avoiding the unnecessary deaths of seafarers and shore-workers.”
IMO MSC106 agreed that the MSC107 meeting, scheduled for June 2023, will draw up a plan for the revision of IMO resolution A 1050/27 in relation to Enclosed Space Entry Procedures. Responsibility for the output will be spear-headed by the CCC Sub-Committee, which next meets in September 2023, in association with five other IMO Sub-Committees, as and when requested by CCC, with a target completion year of 2024.
Further Information:
InterManager’s submission proposes:
i. The scope of work for the proposed review be expanded to encompass the lessons-learned from the recorded information of enclosed space incidents available to the Organization and to the industry;
ii. to adequately undertake this task, it will be necessary to engage, where appropriate, additional IMO sub committees such as HTW, to allow the human element to be fully considered and SDC and SSE for design and construction improvements;
iii. taking into account the many complexities involved in carriage of maritime cargoes, including innovative fuels, consider whether the recommendations provided should remain integrated or split up into those of general enclosed spaces or specific ship type / fuel type risk and hazards, with specific mitigation measures; and,
iv. the scope of work be expanded to undertake a comprehensive revision of resolution A.1050(27), revising recommendations for entering enclosed spaces aboard ships. This would incorporate information (as appropriate) from industry studies on enclosed space incidents and the Organization’s related circulars, the extraction of appropriate information contained within SOLAS, and applying best practice from the industry.
Source: InterManager