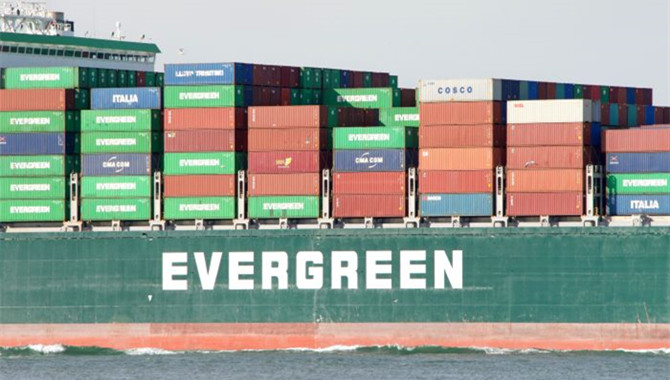 Photo credit: Shutterstock.com.
Two of Taiwan's largest carriers — Wan Hai and Evergreen Marine — have become the latest lines to report record interim net profits and revenues for the first half and second quarter of the year.
Intra-Asia carrier Wan Hai Lines saw first-half net profit more than double to $2.4 billion from $1.1 billion in the same period last year, the carrier said in a Taiwan stock exchange filing Monday. Revenue surged to $5.2 billion between January and June, from $2.9 billion.
Second-quarter net profit climbed to $1 billion on revenues of $2.5 billion, compared with a $633 million net profit on revenues of $1.1 billion in the year-earlier period.
Wan Hai is predicted to report full-year net profit of $4.3 billion on revenues of $9.5 billion this year, compared with a net of $3.4 billion and $7.6 billion in revenues in 2021.
The carrier also confirmed deals to acquire 12 container ships at a total cost of $444 million in a separate Taiwan stock exchange filing Monday.
Evergreen H1 net jumps to $7 billion
Evergreen Marine saw net profit more than double to $7 billion (NT$212 billion) in the first six months compared with $3 billion in the first half last year, the carrier said in a Taiwan stock exchange filing Friday. Revenue almost doubled to $11.5 billion in the first half against $6.3 billion a year earlier.
Second-quarter results were similar to Q1, with net profit of $3.5 billion on revenue of $5.8 billion.
Evergreen generates about 80 percent of revenue from Asia-Europe and Asia-North American services, where rates remain significantly higher than H1 2021 despite recent softening in the spot market.
The world's sixth-largest container line is forecast to make a full-year net profit of $12 billion on revenues of $22 billion. That compares with $8 billion in net profits on revenues of $16.3 billion last year.
Evergreen and Wan Hai Lines did not provide any details, including liftings or market outlook, beyond basic financial data in their regulatory filings. Yang Ming Marine, the last of Taiwan's Big Three container lines, is due to report its half-year and second-quarter results next week.
Drewry has forecast global carriers will make profits of $300 billion this year, almost double the $190 billion they made in 2021. Maersk, Ocean Network Express (ONE), and Cosco Shipping have already posted highly profitable results for the first half and second quarter.
Spot rates on the Asia-US West Coast trade have fallen 23 percent since Jan. 1 to $6,386/FEU, but the long-term contract rates are up 41 percent through the same period at $7,303/FEU, according to rate benchmarking platform Xeneta. Despite recent declines, spot rates are still up 54 percent year over year, while contract rates are almost five times higher.
On the Asia-North Europe trade, spot rates are still above contract levels, but have fallen almost 30 percent since Jan. 1 to $10,311/FEU, according to Xeneta. Contract rates have remained flat through the year and are currently at $8,883/FEU. However, both rate metrics remain more than five times higher year over year.