The data published in the seventh issue of the WindEnergy trend:index reflect the most positive mood ever observed in the international wind energy sector. In particular, the long-term market expectations are a major factor contributing to the optimistic assessment of onshore and offshore wind. Among the top winners in this mood barometer are the European and North American markets, both of which have markedly improved their ratings. Germany has been able to continue the positive trend shown in the most recent surveys. The development perspectives of the national wind industry have received the best ratings ever recorded since the WEtix was first launched.

These are some of the results of the new WindEnergy trend:index (WEtix) which has been prepared at six-month intervals since 2018. It is published jointly by WindEnergy Hamburg, the global onshore and offshore wind energy event, and wind:research, the leading market research institute for wind energy. Since the survey was conducted for the first time, more than 8,000 respondents have taken part, contributing their assessments of the development of the global onshore and offshore wind industry.

Mood in the international wind industry is good – Asia, Europe and North America are getting best-ever ratings

The current market situation in the onshore wind industry is getting increasingly positive ratings for all regions, with Asia and North America delivering the best results. The future prospects for the onshore wind markets are likewise seen as positive in all regions: In particular, the situation in all surveyed markets outside of Europe has received optimistic assessments, in some areas delivering all-time top marks.

This positive development is not only matched but exceeded in the offshore wind segment. In some regions the assessment of the current market situation is even better than in the onshore segment. North America has markedly improved its result, now setting a new record mark. The future of the offshore wind industry is seen in a similarly positive light in other markets, as well: Asia, Europe and North America are nearly neck-and-neck, and close to the historic top rating. 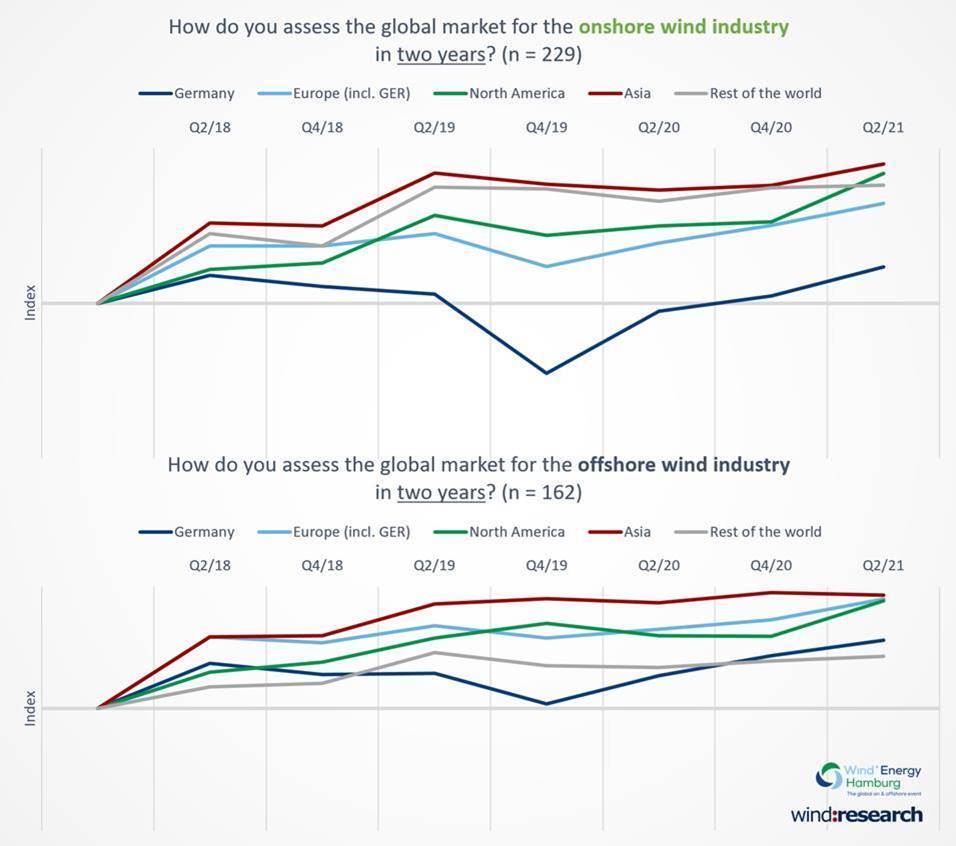 Figure 1: How do you assess the global market for the onshore and offshore wind industry in two years?

While nearly all regions covered by the survey have improved their values or maintained high rating levels, some developments are especially striking. In Europe, after a significant upswing the mood is now better than it has ever been since the WEtix was first introduced. While the onshore wind market has been receiving positive marks for both the respective current year and the future for some time, the current outlook on the offshore wind market two years from now has reached a near-optimum level. North America has likewise improved its values significantly compared to previous years: The assessment of the current situation in the onshore wind market is nearly twice as positive as it was at the end of 2020, while in the offshore wind market the statistical value reflecting the positive outlook has actually tripled. The future of North America's wind industry is likewise seen in a much more positive light.

Figure 2: How do you assess the market for the wind industry in North America in the current year and in two years?

Figure 3: How do you assess the market for the wind industry in Germany in the current year and in two years?

For the coming years respondents expect the emergence of additional business potential in Green Hydrogen, enabled by digitalisation and new technologies. More than 50per cent of respondents see an intermediate to very high likeliness that the production of green hydrogen will play a key role for wind energy over the next three years. This means that green hydrogen is now given somewhat greater importance than in the previous surveys. Expectations for optimisation potential driven by digitalisation have improved slightly, remaining at a high level for both onshore and offshore wind energy. Within this category, expectations in the offshore segment are more optimistic, leaving the onshore segment further behind. Meanwhile, the mood in terms of the saving potential inherent in new technologies is almost unchanged, remaining in the medium-to-high range; the saving potential in offshore wind energy has been receiving significantly better ratings than onshore ever since the WEtix was first launched.

The COVID-19 crisis doesn't seem to have a major impact on the mood in the wind energy industry: About 70% of respondents either believe that the coronavirus pandemic has no effect on the wind industry, or that it actually affects it in a positive or even very positive manner. The share of respondents fearing a negative or very negative impact has decreased since the autumn 2020 survey.

The WindEnergy trend:index will continue to be published at six-month intervals as in the past. A clear majority of survey respondents are in favour of maintaining the established publication frequency. This means that the next WEtix survey will be conducted in the fourth quarter of 2021.

Every two years one of the most fascinating industries meets for the leading global networking event for wind energy: At WindEnergy Hamburg, located right in the heart of the vibrant northern German port city, up to 1,400 exhibitors from 40 countries have been presenting their innovations and solutions biennially since 2014. Equipment manufacturers and suppliers representing all stages of the onshore and offshore wind energy value chain provide a comprehensive overview of the market. WindEnergy Hamburg is the world's largest sourcing pool for equipment engineering. Providers of everything from planning and project design to installation, operation and maintenance, and through to marketing, certification and financing showcase their services. The expo will be accompanied by WindEurope's conference sessions featuring top-ranking experts who will address the industry's current key topics. The WindEnergy Hamburg team are developing this program jointly with their partners, including the Global Wind Energy Council (GWEC), the European organisation WindEurope, the national industry associations VDMA and BWE, leading industry media and exhibitors, and others. At WEH22 from 27 until 30 September 2022 many of the conference sessions will take place free of charge on so-called Open Stages located directly inside the exhibition halls.