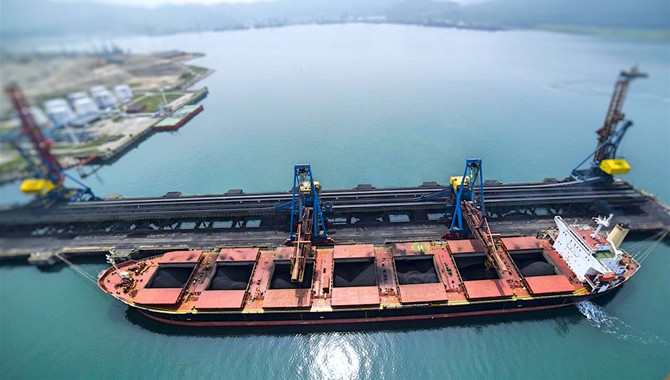 Chinese traders are importing more coal from neighboring countries such as Russia and Mongolia, bringing the security of a healthy supply chain amid the backdrop of global uncertainty and disruption from the epidemic.
Fujian Guohang Ocean Shipping (Group) Co has signed an agreement with Russian coal supplier Elga Coal to set up a joint venture to export coking coal to China. The agreement is expected to escalate the imports of Russian coal by 30 million tons, nearly doubling the total Russian export volume of coal to China from 33 million in 2019, Nikkei reported on January 6.
Chinese coal traders are looking for more cooperation in the north in a bid to diversify supply chains as demand for raw materials is seeing a rising trend amid the production resumption and the cold weather, industry experts said.
As of 2019, China’s top five trading countries for coal are Indonesia, Australia, Russia, Mongolia and the Philippines.
While there may be no big change in structure, there will be some change in share, Zhao Jianguo, secretary-general of China’s Coal Transportation Association, told the Global Times on Monday.
Data from industry website cctd.com.cn showed that China imported 75 million tons of coal from Australia in 2019, the same as the previous year, with average monthly imports of 6.31 million tons.
Meanwhile, Chinese suppliers are now diversifying their options in a bid to alleviate the risks from over-dependence on certain sources.
“Now the pattern of coal imports has begun to change. For companies engaged in coal imports, there is also a need to be cautious and balance the impact of certain risks on coal imports,” Guan Dali, an energy analyst at First Futures, told the Global Times.
Last September, Mongolia replaced Australia as the top coking coal supplier to China.
The rise of imports from Mongolia is being facilitated by increased shipping capacity thanks to the launch of the China-Mongolia “green channel” in August, which aims to boost bilateral trade and economic cooperation amid the COVID-19 pandemic.
With the joint project between Fujian Guohang Ocean Shipping (Group) Co and Elga Coal, Russia’s coal supplies to China are also seeing a stronger trend.
“It will be a definite trend for China and Russia to find deeper space for cooperation in the energy sector, including coal,” Lin Boqiang, director of the China Center for Energy Economics Research at Xiamen University, told the Global Times on Monday, noting that companies are also buying more from Russia because they are worried about uncertainty over Australia’s policy toward China.
“There is also not much difference in the quality and price between Russian and Australian coal,” said Lin.
Meanwhile, with the tightened sea transport due to the epidemic and other factors, the China-Europe freight train that offers relatively stable capacity and costs is playing a significant role in the sustainability of regional trade, noted Lin.
Source:Global Times