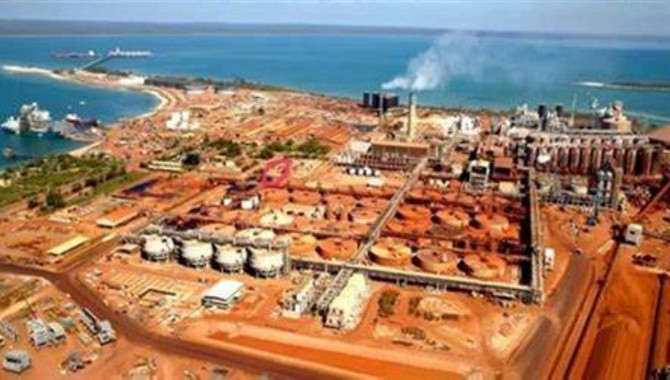 Rio Tinto said on Wednesday it saw a sharp V-shaped recovery in China as stimulus spurred industrial activity, helping its first-half profit handily beat market expectations.
Rio Tinto is the first of the major iron ore miners to report results from a first half marked by coronavirus-induced disruptions but also by high iron ore prices.
“We believe that China has enjoyed a very steep V-shaped recovery,” CEO Jean-Sébastien Jacques said on a call.
“Today we see it as that the demand for steel and iron ore in China is very, very strong and order books are full,” Jacques said.
That rebound helped it report half-year underlying earnings of $4.75 billion, beating a consensus of $4.36 billion from 16 analysts compiled by Vuma.
Iron ore accounted for 96% of Rio’s underlying earnings. Rio is the world's largest iron ore miner.
It declared a record dividend of $1.55 per share, up from $1.51 last year and bang on expectations but refrained from paying out a special dividend as some analysts had hoped, suggesting a more cautious view for the remainder of the year.
“Rio’s resilience and the very strong balance sheet supports the small increase in the dividend,” said Richard Marwood, senior fund manager at Royal London Asset Management, which holds shares in the miner.
“Commodity prices will be driven by the shape of the global economic recovery, but Rio is well placed to cope with whatever comes next, given its strong finances and high quality asset base.”
Rio’s London-listed shares were up 1.5% by 1040 GMT, outpacing a 0.6% rise in the wider market <.FTNMX1770>.
The demand recovery story outside China remained uncertain, Jacques said.
“In other major economies like the U.S and Europe, the recovery is much more tentative,” he said.
“Big questions remain over the trajectory of consumer spending globally in the face of significant levels of unemployment.”
Rio said in its earnings statement that it had taken a $1 billion impairment charge, largely related to four of its aluminium smelters as well as its Diavik diamond mine in Canada.
High power prices forced Rio to close its New Zealand smelter this year and to ask Icelandic regulators to address what it called discriminatory power pricing for its ISAL smelter.
Its Australian aluminium businesses remains under review.
“We are having a lot of private conversations for all our smelters in Aus. Those are challenging conversations, there is no doubt about it, and we are working hard in order to find a solution,” Jacques said.
Free cash flow tumbled 28% as the miner spent more on development projects and tax payments, but analysts at Jefferies remained upbeat about its prospects.
Higher metal prices and relatively stable unit costs should help free cash flow improve sequentially in the second half, they said, and suggested Rio could pay a special dividend with its full-year results.
“We have continued to pay the same level of taxes, same level of employment, the same dividend,” Chief Financial Officer Jakob Stausholm told Reuters.
“But for a special dividend, it’s better to wait a moment to make such considerations.”
Jacques said he will front an Australian Senate enquiry next week over Rio’s destruction of two sacred caves of historic significance in Western Australia. The results from a separate board-led review into the incident is due to conclude in October.
Rio expects Guinea’s giant Simandou iron ore reserve to be developed, as China looks to diversify its sourcing away from the Australians and Vale in Brazil.
Guinea in June signed an agreement with a consortium for the development of the giant reserve after it won a $14 billion tender last November to develop the blocks which hold more than 2 billion tonnes of high-grade ore.
Source:Reuters