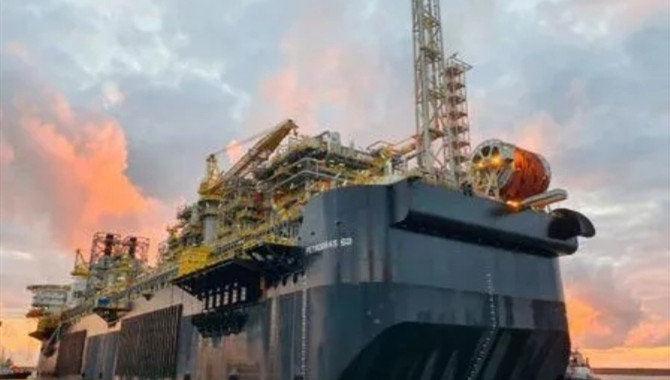 Petrobras is bidding to build Brazil's largest floating production storage and offloading vessel (FPSO), which could cost up to $3bn.

Two of the world's largest FPSO operators, MODEC of Japan and SBM Offshore of the Netherlands, will be bidding, while their partners, Chinese yards which are the main players in the global FPSO market, are expected to secure orders.

Petrobras plans to launch FPSO bidding by the end of August. The FPSO's daily output can reach 225,000 barrels, making it the largest FPSO in Brazil.

It will be the seventh FPSO in Brazil's Buzios field. The Buzios field is Brazil's second largest oil field and one of the biggest deepwater discoveries of the century.

At present, Chinese shipyards have become the main force in the FPSO construction and refit market, basically participating in almost all FPSO projects in 2018-2019.