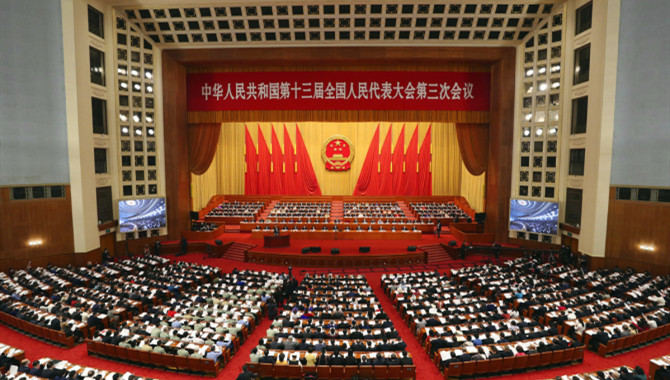 The third session of the 13th National People's Congress (NPC) opens at the Great Hall of the People in Beijing, capital of China, May 22, 2020.
According to the government work report, China's economy remain stable in 2019. China's GDP reached 99.1 trillion yuan, up 6.1%.
Tax reduction amounted to 2.36 trillion yuan, exceeding the original scale of nearly 2 trillion yuan, and manufacturing and micro enterprises benefited the most.
New progress has been made in jointly building "One Belt And One Road". Regulations for the implementation of the foreign investment law have been promulgated, and Shanghai Pilot Free Trade Zone has been added. Foreign investment remained stable.
The previous tax reduction policy, which expired before June, including port construction fee, was extended to the end of this year.
Accelerate the development of new formats such as cross-border e-commerce and enhance the international freight capacity.
Give the Pilot Free Trade Zone greater autonomy for reform and opening up and accelerate the construction of the Hainan Free Trade Port.
The third session of the 13th National People's Congress will last seven days and will close on the afternoon of May 28.
Source: Sarah Yu, XINDE MARINE NEWS