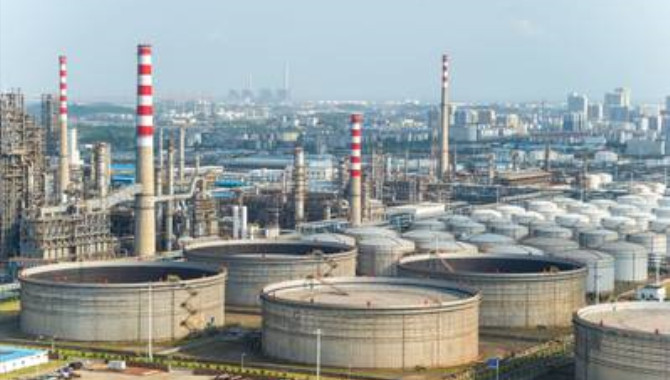 China’s crude oil imports rebounded in April from a month earlier on daily basis as refiners ramped up output amid a recovery in fuel demand with the impact of the coronavirus outbreak easing while crude prices crashed on slumping consumption elsewhere.
Crude oil arrivals were 40.43 million tonnes last month according to a full data table released by the General Administration of Customs on Thursday, equivalent to 9.84 million barrels per day (bpd).
That was more than the 9.68 million bpd imported in March, but well below 10.64 million bpd in April 2019.
Imports during the first four months of the year reached 167.61 million tonnes, or 10.11 million bpd, 1.7% higher than the year-earlier period. A customs statement published earlier on Thursday initially provided a rounded figure that was higher for January-April imports.
Oil refineries have been raising crude oil processing rates, shored up by the resumption of business activity and removal of travel restrictions within the country.
Analysts estimated that China’s fuel demand in the second quarter to rebound from the first three months, nearly matching year-ago levels.
“Fuel demand in China is resuming but has not reached the same level last year,” said Wang Zhao, oil analyst at Sublime Info. “Meanwhile, the market is still digesting the fuel inventory left during the coronavirus outbreak.”
Wang expects refiners to further ramp up output amid resurgent fuel consumption, predicting crude runs at Sinopec and PetroChina could reach the pre-virus levels in May.
Average utilisation rates at independent refineries, known as ‘teapots’, have been cranked up to nearly 70% in late April – their level before the virus outbreak – from a low point of just 42% in mid-February, according to data tracked by energy consultancy Longzhong Information Group and Sublime Info.
Some refineries that were under overhaul in March, such as Sinopec’s Shijiazhuang and Shanghai plants, have restarted operation.
The increase of crude oil imports in April was also boosted by collapsing prices, triggered by rivalry between Saudi Arabia and Russia in early March, which had prompted stockpiling at refiners across the world.
Meanwhile total natural gas imports, including liquefied natural gas (LNG) and piped gas, last month reached 7.73 million tonnes, the latest customs data showed.
That compares to 6.92 million tonnes in March and 7.65 million tonnes in April 2019.
For the first four months, gas imports reached 32.33 million tonnes, up 1.5% from the same period last year.
The customs bureau also released data showing China exported 8 million tonnes of refined oil products in April, which compares with 7.26 million tonnes in March and 6.17 million tonnes in April 2019.
Exports in the January to April period were 26.01 million tonnes, up 15% from the same period last year.
Source:Reuters