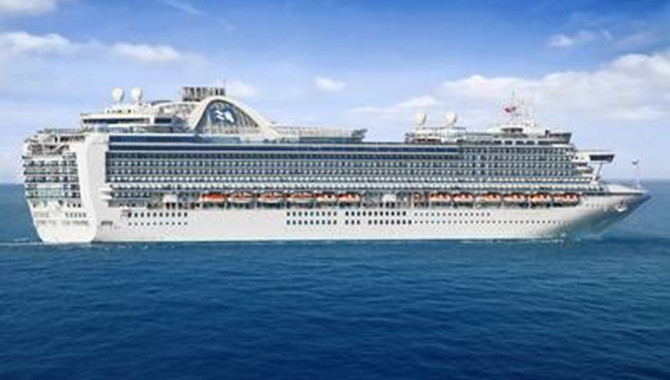 Shares of U.S. cruise operators sunk on Thursday after the Grand Princess ocean liner, owned by Carnival Corp, was barred from returning to its home portof San Francisco on coronavirus fears after at least 20 people aboard fell ill.
Shares of Carnival, Norwegian Cruise Line Holdings and Royal Caribbean Cruises fell between 9% and 12% amid a broader sell-off in U.S. stock markets.
Two passengers that were on a previous cruise on the ship had contracted the virus, one of whom died in died in California.
In response, California’s Governor Gavin Newsom declared a statewide emergency and said the ship would not be allowed into the port until passengers had been tested for the virus.
Cruise operators are among the worst hit by the epidemic, which originated in mainland China and has killed more than 3,000 people, as travel restrictions and fears of the virus spreading have led to cancellations of trips.
U.S. cruise stocks have fallen at least 40% since the start of this year, with Norwegian Cruise Line losing about half of its value.
The predicament of the liner draws comparison to the Diamond Princesscruise ship that was quarantined off the coast of Japan in February and was for a time the largest concentration of cornoavirus cases outside China.
Source:Marine Link