The world needs to follow China methods to combat epidemic 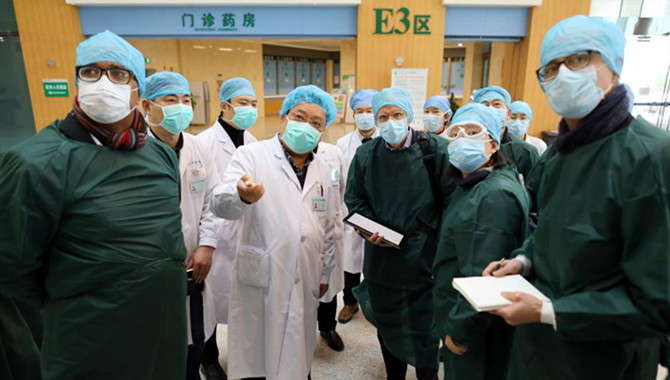 Many countries and the World Health Organisation have praised China for extensive and prolonged action to control the outbreak of the novel coronavirus hitting China this year. Just how contagious Covid-19 can be has been illustrated by the over 64,000 cases and 2,495 deaths as of Feb 24 in the epicenter, Central China's Hubei province, and in confined spaces, such as a cruise ship, giving Japan 838 cases with four deaths. Equally concerning for the global picture is that the virus carried by one person to another country can rapidly infect many others, with South Korea suddenly seeing 763 cases and seven deaths and Italy 157 cases and three deaths. (Source: Shanghai Daily) These numbers will surely rise with 28 countries outside China identifying cases.
Dr. Anthony Fauci, director of the National Institute of Allergy and Infectious Diseases in the US, has stated that "we are nearly at the brink of a pandemic" and the WHO has said that further spread of the virus is likely. It seems that many other countries will have to follow the strict and rigorous actions that China has taken and it is worth summarising them. To be clear the battle is not yet won, as President Xi has warned, especially in Hubei province. Yet the number of new cases in the rest of China was only 18 on Sunday, and Shanghai as a mega city has only recorded 1 new case in the last few days and just 3 deaths in a city approaching 25 million. The lockdown and isolation of Hubei province on a scale never before witnessed and the effective control, screening and self-isolation at home in the rest of China have notably controlled the spread.
In many cases across China, authorities have placed restrictions on communities that only one family member may go out every 2 or 3 days to get some of the food supplies or that essential food be delivered at a safe distance to homes. Museums and galleries, schools and universities, concerts, conferences and sports events have all been suspended, and parties and family gatherings in restaurants banned. The people of China have responded and made a great contribution to these needs as have foreigners who chose to remain in China. Strong guidance on minimising the chances of catching the virus, including wearing suitable masks, coughing and sneezing into a tissue that is quickly and carefully disposed of, frequently washing hands and keeping a safe distance from others have supported the effort. The frequent health screenings on public transport and at workplaces and eateries has been an essential element. All of this is proving effective and there is now some loosening of restrictions as new cases slow.
In Hubei province we have the example of what needs to be done in an epidemic concentration with 30,000 medical staff sent into the province, new hospitals built in record time and, of necessity, tightened restrictions on locals to ensure transmission is contained. Even patients that show as recovered are now to be quarantined for 14 days in case they can still spread the virus. Movement in and out is extremely limited. Medical staff has seen 3,000 of their colleagues infected as frontline heroes and some high-profile deaths in this battle. Now all these strategies may need to be applied in other parts of the world as clusters of the outbreak emerge.
The lockdown of such areas, be it in Italy, Japan, Singapore or South Korea, and any future areas where concentrations of the virus occur, will be essential to contain the spread. We have just seen that the Venice Carnival has ended early and some Italian Serie-A soccer matches are cancelled now. Churches in Singapore and South Korea, where recently congregations hugged each other, are now worshiping online. President Moon of South Korea has stated he will take "unprecedented powerful measures". The screening of travelers will now have to be extended to many more countries, illustrated by Austria halting a train from Italy at its border, and more people will have to think whether the common cold is just that or they too have symptoms of the virus.
Lessons can be learned from China's experience to help all countries defeat this common enemy through awareness, responsibility and prompt action. We are all in this together.
Source:Chinadaily