VLCCs Down As Coronavirus Impact Starts Plaguing the Tanker Market 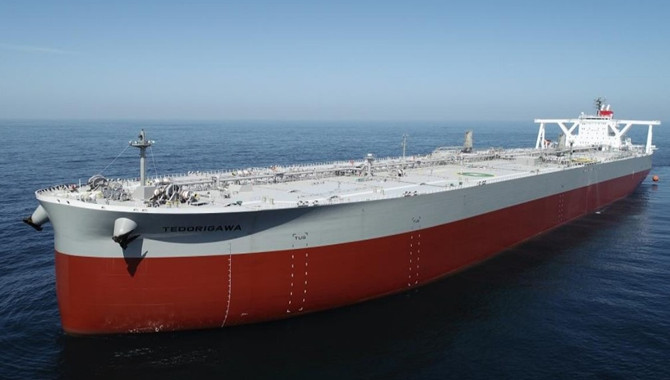 VLCC
The market in the Middle East dropped further this week, with the deepening impact of the coronavirus outbreak on oil demand from China keeping activity low. Rates for 270,000mt to China fell 12.5 points to the low WS 40s, while 280,000mt to US Gulf (USG) via the Capes came down almost 15 per cent to WS 30. In the Atlantic, regional rates for 260,000mt West Africa to China reduced by 10 points, to WS 47.5 region. Whilst relatively busy, rates on the 280,000mt USG to China trade slid down $1.3m to now sit at $6.5m.
Suezmax
Rates for 130,000 West Africa to UK-Continent (UKC) weakened to WS 81. However, they bounced back to WS 87.5/90 level on Thursday, representing a drop of about 10 points week-on-week. Despite increased activity on the 135,000mt Black Sea to Mediterranean trade, rates corrected down 20 points, to the low-mid WS 90s. For the 140,000mt Basrah to Mediterranean route, tonnage is still in ample supply, despite several fixtures this week, at the new market level of WS 40. This has decreased 10 points from a week ago.
Aframax
Rates for 80,000mt Ceyhan to Mediterranean voyages continued their downhill quest for the bottom, losing a further 19 points, to WS 72.5 level. In Northern Europe, rates for 80,000mt Cross-North Sea lost another 22 points this week and came to WS 95 level. Rates for 100,000mt Baltic to UKC have settled at WS 85-87.5 level, down about 12 points. Bucking the negative trend, stateside rates have improved this week, as 70,000mt Caribbean to USG voyages are rated up 20 points at WS 140. A very busy 70,000mt USG to Mediterranean market has boosted rates almost 30 points, also to WS 140 level.
Clean
It was an uneventful week for owners, with the market in the Middle East Gulf to Japan trade for 75,000mt remaining steady in the very low WS 80s. In the 55,000mt size, the market settled in low WS 90s. In the 37,000mt UKC to US Atlantic Coast (USAC) trade, rates initially dipped down to WS 135. However, improved levels of enquiry, combined with a tighter tonnage list saw levels recover, with a cargo from Sines reportedly fixed at WS 150 level. Conversely, in the 38,000mt backhaul trade from US Gulf to UKC, rates were in freefall, with WS 102.5 agreed by Koch and WS 90 by BP, albeit on a ship needing to come across for drydock. This is in contrast with WS 150 from a week ago. The clean cross-Mediterranean market saw weather delays lead to uncertain itineraries and rates gained 20 points to WS 185, with WS 190 agreed for prompt replacement tonnage.
Source:The Baltic Briefing