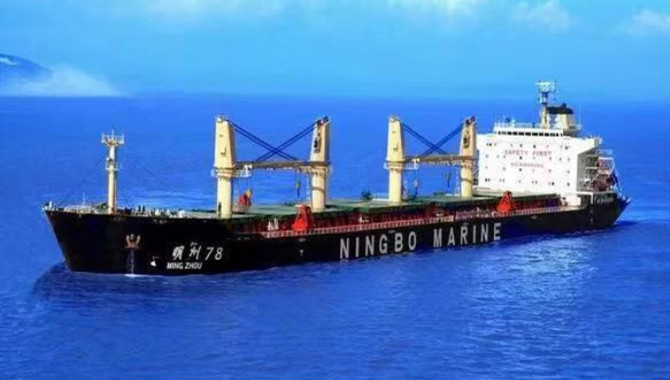 Ningbo Marine announced that the company's controlling subsidiary Zheneng Tongli Shipping plans to purchase a second-hand bulk carrier in the near future to update the scrapped ship, with a total investment of no more than 130 million yuan, according to a statement issued by Ningbo Marine.

According to the announcement, Zheneng Tongli Shipping currently only owns a 28,000-tonne bulk carrier "Fuxing 16", which will be scrapped in December 2019. This foreign investment is to ensure the continuous operation of Zheneng Tongli and to make its own ship replacement on time.

The ship type to be purchased is a handy bulker built after 2011 with capacity between 30,000 dwt and 40,000 dwt. And the vessel will be mainly used for the coal transportation business from the northern port of China to the coastal power plant in Zhejiang.