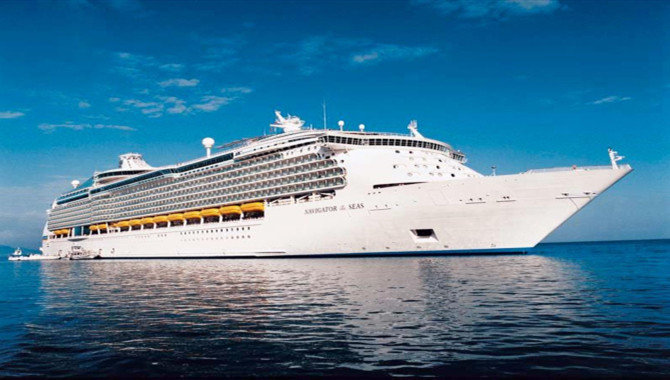 Xiamen, a scenic coastal city in East China's Fujian province, recorded strong growth in its cruise industry this year although the sector as a whole in China experienced a slight dip after a decade of rapid progress.
As of Oct 15, the International Cruise Home Port of Xiamen had received a total of 100 cruise ships in a single year for the first time, with that number expected to rise to 136 by the year end, according to the port operator. The number of passengers using the port is projected to surpass 400,000 this year.
"It's encouraging to find that 90 percent of the cruise ships were using our port as their home port and the remaining 10 percent that stopped off were international luxury cruises, which means the port has been widely recognized among international cruise companies," said Wang Jingyu, chairman of Xiamen International Cruise Home Port.
Last year, the numbers stood at 96 ships and 320,000 passengers, ranking third and fifth, respectively, among the 13 operating cruise ports on the Chinese mainland, according to an industry green paper.
Xiamen had robust growth in the first three quarters of this year, with cruises and passengers surging 33 percent and 24 percent year-on-year respectively, both ranking top among the 13 cruise ports.
An authoritative report on China's cruise industry, released in September, said that the international cruise ships berthed by the 13 ports generally dipped 27.2 percent year-on-year to 364 in the first half of this year, and passenger numbers decreased nearly 24 percent.
Industry insiders said the strong performance of the Xiamen Port should be attributed to incentive policies, improving facilities, flexible arrangement and wider market promotion.
The provincial government of Fujian issued an implementation plan in April to promote cruise industry development, pledging to make Xiamen a regional home port for the 21st Century Maritime Silk Road and an international cruise tourism destination by applying to become a pilot zone of China in this sector.
A year ago, the municipal government of Xiamen issued a plan to generously subsidize its cruise companies.
Cruise or chartered companies can receive a subsidy of 200 yuan ($28.3) per passenger for passengers they are serving who set off from Xiamen Port when the accumulative amount reaches 5,000 to 50,000 in a calendar year. The subsidy will rise to 250 yuan per passenger when the amount surpasses 50,000.
Companies that operate cruise ships weighing 50,000 metric tons or more in countries and regions involved in the Maritime Silk Road are eligible for a subsidy of 100,000 yuan per voyage. They will receive an extra 400,000 yuan when a single trip calls in at least three countries or regions involved in the Maritime Silk Road.
These measures have attracted a growing number of cruise ship operators.
In April, Dream Cruises used Xiamen as the home port for its World Dream Cruise Ship for the first time. Its ship has a gross tonnage of 151,300.
Piano Land, the first luxury line operated by a Chinese cruise company, set off on its maiden voyage in late September from its home port in Xiamen. In November, the MSC Splendida Cruise Ship, with a gross tonnage of 130,000, will dock in Xiamen.
After an upgrade that was finished in April, Xiamen's cruise terminal is able to accommodate 220,000-ton cruise ships, the world's largest.
Source:chinadaily