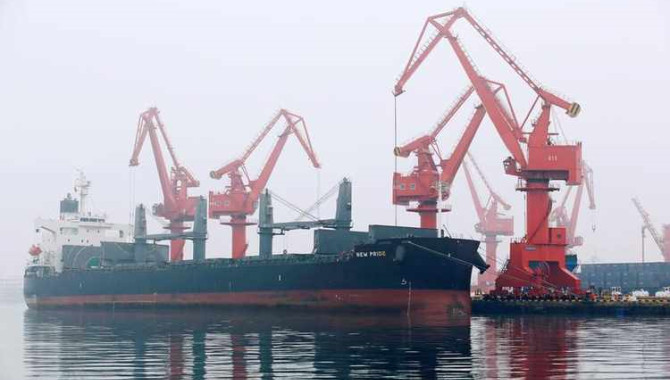 China's crude oil imports gained about 3% in August from a month earlier, customs data showed on September 8, buoyed by a recovery in refining margins despite a persistent surplus of oil products and tepid demand.
Shipments of crude oil last month were recorded at 42.17 million tonnes, compared with 41.04 million tonnes in July, data from the General Administration of Customs showed. Arrivals were 9.9% higher than 38.38 million tonnes in August last year.
That equates to 9.93 million barrels per day (bpd), from 9.66 million bpd in July, and the highest on a daily basis since April.
Over the first eight months of 2019, China's crude imports reached 327.8 million tonnes, or 9.85 million bpd, up 9.6% from the same period last year, customs data showed.
Profit margins at refineries have recovered to 200-300 yuan/t after falling into negative territory in the first half of this year, but overall the industry remain under pressure due to oil products supplies from big refiners Hengli Petrochemical and Zhejiang Petrochemical.
"Private refineries in Shandong are also facing difficulties in obtaining bank credit, they may not be able to use up their annual crude oil imports quotas," said Amanda Zhao at JLC Network Technology, a Chinese commodities consultancy, before the data was released.
Meanwhile, Chinese buyers are wary of taking crude oil from Venezuela and Iran due to escalating sanctions slapped by the United States on the two countries.
With growing trade tension with Washington, Beijing in late August imposed 5% tariffs on U.S. crude imports for the first time from September 1.
China's oil product exports were at 4.08 million tonnes, slowing from 5.49 million tonnes in July, the customs data showed.
Oil product exports in January to August were 42.08 million tonnes, up from 40.22 million tonnes in the same period in 2018.
China's total gas imports, including liquefied natural gas (LNG) and pipeline imports, hit 8.34 million tonnes in August, up 7.3% from the same month last year and compared to 7.89 million tonnes in July, the data showed. It was the highest seen since January.
Source:sxcoal