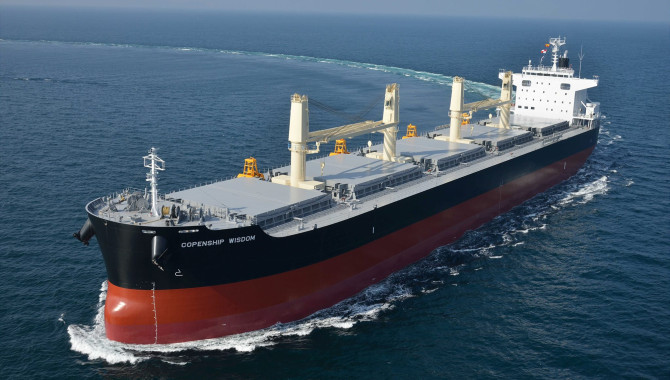 Capesize
The market reached new heights this week as the 5TC topped $38,014, a level not seen in the sector since 2013. Fridays 5TC closed down $732 to settle at $37,921. While this week’s surge in rates was driven by a tightening of tonnage that is able to arrive within September, a wider sector story is emerging of vessel delays being caused by docking issues. The upcoming IMO regulations, which will apply from 1 January 2020, have vessels preparing tanks to receive cleaner fuels while others are installing scrubber units to process high sulphur fuel on the go. These unusual dockings are causing delays and disruptions to tonnage flows, which is further aggravating a tight tonnage situation in parts of the market. The Pacific Basin this week experienced a surge early on due to sentiment from the West, but was otherwise relatively steady, while not particularly busy. The C5 opened the week at $10.359 to close Friday at $11.214. The Brazil to China market opened the week at $28.118, reached a high of $29.10, before closing the week out at $27.955.
Panamax
It was a largely uneventful week, with the indices drifting lower, albeit without much conviction. Sources said owners with prompt tonnage on the Continent had to reduce their ideas to find cover. However, this appeared limited to shorter duration trades, with later tonnage content to sit and wait. The North Pacific also suffered from a seasonal slump in North Pacific stems. The South continued to be reliant on the South American market, which saw Kamsarmaxes achieve as much as $20,000 from Singapore for the long round voyage. However, dips in the paper values helped to weaken sentiment, giving charterers the opportunity to step back in the hope of finding cheaper offers. Fundamentally the market appeared stable and well balanced, with any injection of South American activity likely to see rates improve once again. However, the mood had remained cautious, without clear direction during the week.
Supramax/Ultramax
Overall rates remained healthy last week. However, as the week ended, Asia rates were easing a little due to less demand. As a result, the Atlantic saw some sideways movement from East Coast South America and the eastern Mediterranean. There was still a little period activity, with a 52,000dwt ship open China covered for 9-11 months trading and redelivery worldwide at $10,750. From the Atlantic, an Ultramax fixed at $19,000 for a short period redelivery in the Atlantic. The US Gulf remained positive with an Ultramax fixing at $25,000 for a coal run to the Baltic. Activity waned a little as the week closed from the Mediterranean, but a 56,000dwt ship fixed a trip from Algeria to West Africa at $19,000. From Asia a 58,000-tonner fixed delivery Fuzhou, via Indonesia, redelivery China, at $12,800, while a 50,000dwt ship covered an Australian round delivery South China, redelivery Japan, at $13,450. The Indian Ocean still commanded good levels, with a 57,000dwt vessel fixing delivery Arabian Gulf with aggregates for a trip to Chittagong at $20,000.
Handysize
The Baltic Handysize Index (BHSI) reached its new high this week, surpassing the last peak at 676 from end October 2018. The rates in the Continent were firm, but slightly easing towards the weekend. The US Gulf and East Coast South America markets lent further support, whilst in the East, activity was fairly flat throughout the week, yet steady levels remained. On the period front, a 37,000dwt ship was fixed from the UK for four to six months at $14,250. From the Black Sea, a 35,000dwt ship was fixed at close to $18,000 for moving steels to Nigeria. A 31,000dwt vessel open in the same area was fixed for a trip to the Continent at $13,850. Large Handysize vessels were paid in the $11,000s basis Far East delivery for a CIS or North Pacific round trip. A 32,000dwt ship open in Southeast Asia was fixed at a rate in the low $10,000s for redelivery in the Singapore-Japan range.
Source: The Baltic Briefing