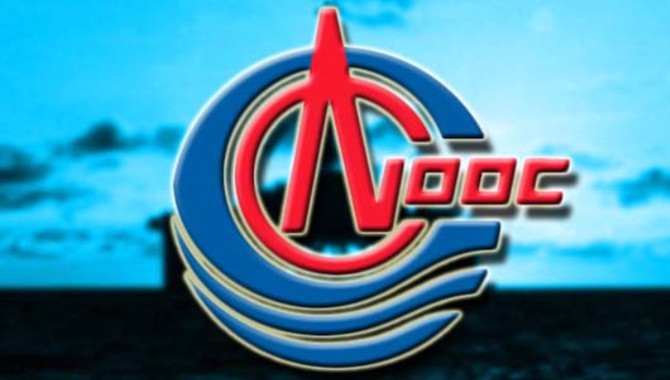 China's national offshore producer CNOOC Ltd (0883.HK) reported a near 19% rise in first-half profit on August 29, as higher sales of oil and gas offset weaker global oil prices.
The listed arm of state-owned China National Offshore Oil Corp said that it was able to manage the impact on its business of the China-U.S. trade war and CNOOC President Xu Keqiang said the company would boost oil output to offset currency effects amid the escalating trade tensions.
CNOOC said its net profit totaled 30.25 billion yuan ($4.26 billion) for the six months through June. Revenue rose 3% from a year earlier to 108.9 billion yuan.
"The lingering economic and trade disputes, as well as geopolitical instability, may result in further volatility of international oil prices," CNOOC Chairman Yang Hua said in the company's results statement.
However, CNOOC expects the Sino-US trade war to have "limited and controllable" impacts, he said.
"The management team is paying close attention to the trade dispute and preparing risk prevention from our end," said CNOOC President Xu told a briefing.
Total oil and gas sales rose 4.4% to 94.28 billion yuan, with net production of oil and gas up 2.1% at 243 million barrels of oil equivalent.
The offshore oil and gas explorer and producer, one of the world's most cost-efficient among peers, cut its all-in production cost further to $28.99 barrel, 8.9% below the year-ago level.
Total capital spending reached 33.7 billion yuan in the first six months, up 60.5% on year, in line with the company's pledge late last year to keep it elevated at record rates over the next few years.
CNOOC also said it will seek more opportunities to enter onshore energy exploration via China United Coalbed Methane, including shale gas, coalbed methane (CBM) and tight gas, Xu said at the briefing.
China's unconventional gas production will likely reach 41 billion cubic metres (bcm) in 2019, a third of the national gas output, and rise to 46 bcm in 2020, an executive at another Chinese oil giant, CNPC, told a briefing on August 30.
CNOOC also said it would continue to focus on exploration of mid-to-large sized oil and gas fields. Among the big discoveries made during the first half, Bozhong 19-6, a condensate gas field off north China's Bohai Sea, has added over 100 million tonnes in proven reserves.
The company continued to make progress at large-scale development projects, including the deep-water Lingshui 17-2 and Liuhua 16-2, both in the South China Sea, CNOOC said, without giving further details.
It had previously aimed to start production at Lingshui 17-2, its first full-owned deepwater gas project, in 2020.
It also expects the upcoming national pipeline company, a combination of pipeline assets owned by the big three state-owned energy giants - CNPC, Sinopec and CNOOC - to benefit its downstream market development and pipeline utilisation.
CNOOC, however, did not give details on the progress of the establishment of the national pipeline company.
Source:sxcoal