Clear sailing ahead for maritime economy 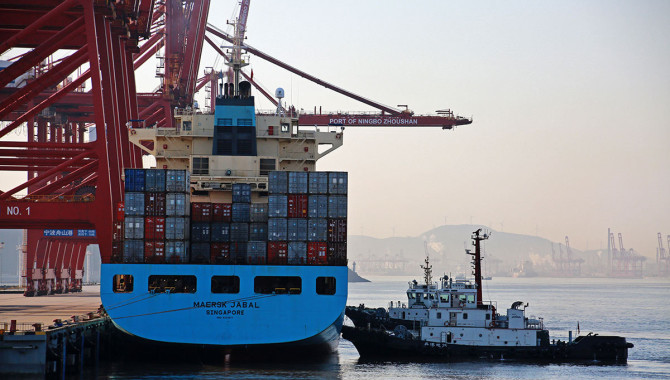 With its geographical advantages, the eastern coastal province of Zhejiang is leading the country's efforts to develop a prosperous national maritime economy.The province boasts a coastline of 6,696 kilometers and more than 2,000 islands in its waters, which lay a solid foundation for its aspirations of becoming a world-class port region.
The State Council established the country's first demonstration zone for the development of the maritime economy in Zhejiang in 2011, placing the province in the fast lane of its national maritime strategy.Since then, Zhejiang has given priority to developing its maritime economy and released a slew of policies and other measures to take advantage of and protect its coastal resources.

In 2017, Zhejiang reached an agreement with the State Oceanic Administration to jointly build a research institute for ocean sciences. The two partners will conduct research and provide practical experience.Wang Hong, head of the SOA, said Zhejiang could provide a "sound foundation" for its maritime industries based on its ample resources.Zhejiang Ocean University in Zhoushan Islands New Area, the first new area dedicated to the maritime economy, provides intellectual and technological support.Yan Xiaojun, president of the university, said focusing on education and research could lead to innovations in the maritime industry.
Wang Lai from the strategic studies department of Ningbo-Zhoushan Port, one of the world's biggest and busiest port conglomerations in terms of annual cargo turnover, said "the ports are windows for Zhejiang's opening up"."The integration of port resources in recent years has taken synergistic effects in boosting the province's economic capacity," Wang added.The provincial government has set a goal of 1.25 billion metric tons of cargo turnover at Ningbo-Zhoushan Port by 2022.
Last year, the total output of maritime industries in Zhejiang surpassed 796.5 billion yuan ($112 billion), up 9.8 percent year-on-year.The province plans to generate annual output of 1.4 trillion yuan in the maritime sector by 2022, contributing around 18 percent of Zhejiang's annual GDP.
President Xi Jinping, also general secretary of the Communist Party of China Central Committee, called for building China into a strong maritime country in a report delivered to the 19th CPC National Congress in October, 2017. During an inspection tour to Qingdao, Shandong province, in June last year, he further urged strong efforts to develop the maritime economy.